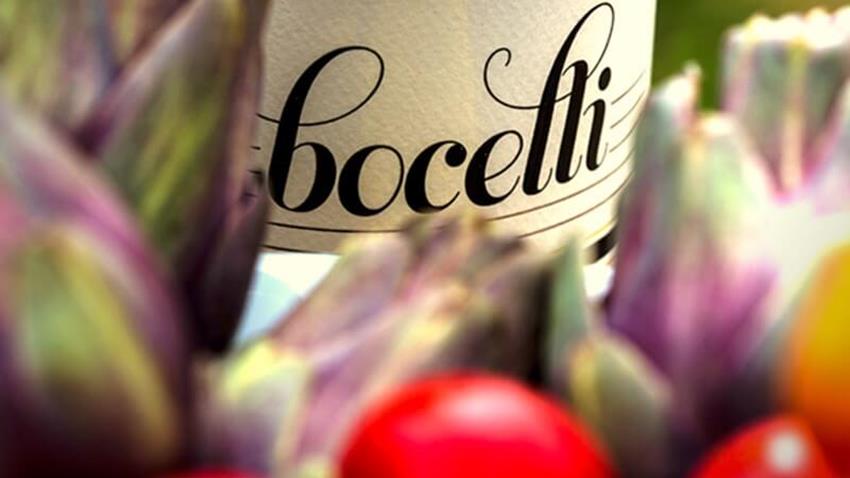 Long before Andrea Bocelli was famous for music, the Bocelli family was famous for wine. When a famous name appears on a bottle of wine, one could be forgiven for assuming that the wine was a bit of an after-thought. Maybe it's more of an extension of their own ‘brand’ than anything else. Not so with Andrea Bocelli. In fact, the Bocelli name on the label does not refer to Andrea alone but to the entire Bocelli family. They have been making classic Italian wine for the best part of three centuries.

In Lajatico, Tuscany in 1730, Bartolomeo Bocelli settles on a small farm with his family. The goal is to forge a living producing anything the land had to offer. From olive oil to honey, and something else which was to put the family name firmly on the map – wine.

Fast forward two hundred years and one particular Bocelli – Alcide – saw the true potential to expand and develop the family’s wine production and set about modernising and growing the operation. Alcide’s program of expansion was continued by his son, Alessandro, alongside his wife Edi – who were to become parents of a certain Andrea Bocelli. Indeed, Andrea’s mother Edi, affectionately known as “Mamma” still plays an active part in the vineyards to this very day. Andrea’s younger brother, Alberto, manages the winery with Andrea and together they make a formidable team running the estate. One may notice how many first names begin with the letter ‘A’ – and with good reason! Since the 1930’s, Alcide Bocelli branded his cattle with the initials ‘AB’, a tradition handed down through each generation. A new brand was never needed! 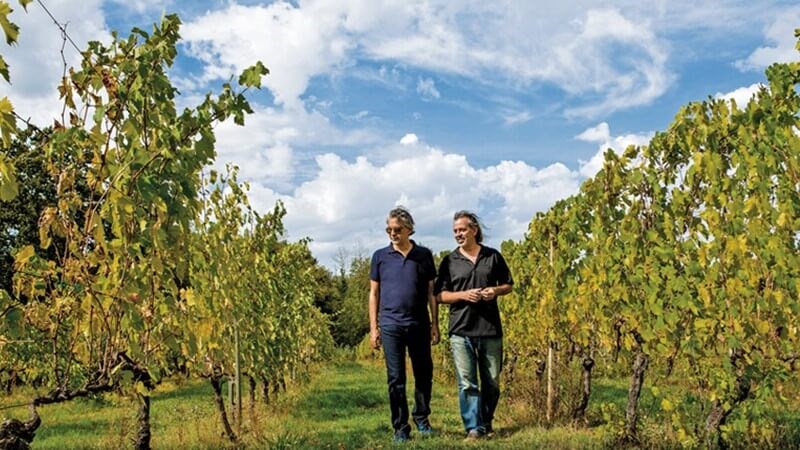 Of course, winemaking is not the only talent associated with the Bocelli name. It was while growing up on the family estate that Andrea discovered his love for music and his incredible voice. He pursued training and it was not long before his soft, soothing style of opera singing became known all around the world.

Despite being born with poor eyesight, and becoming completely blind at the age of 12, Andrea never allowed this to become a barrier to either his winemaking or his singing. Today, having sold over 70 million albums worldwide, he's the most successful classical music artist of all time. His roots and family are as important to him as ever and together they share their love of both music and wine.

When I return home after my long trips, the joy that I receive from the taste of wine from my land is hard to match. It brings me back in time, to memories of my father, of him pouring the wine with a quasi-religious respect. I would give anything for him to see what has been accomplished in the past few years. I am sure he would be proud… It is now my honour to be an ambassador for these wines; to do so with the same zeal as my voice.

The reputation of the Bocelli family wines is well deserved but also exists for a reason. All of the grapes used are hand-harvested and no chemical agents or pesticides are used in the vineyards; overseen by oenologist Paolo Caciorgna – one of Tuscany’s finest winemakers. Given the northern location of the estate and its climate, certain classic Tuscan varietals thrive here. In particular, Trebbiano, Sangiovese, Canaiolo, Colorino and Malvasia, with some on vines over 70 years old. In more recent years, the estate has also planted Cabernet Sauvignon which is blended with Sangiovese to make some of the estate’s most premium wines. 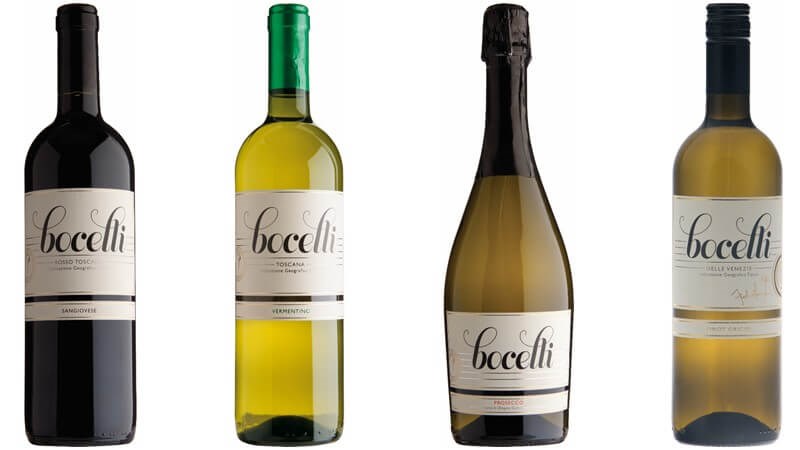 Matthew Clark stock four Bocelli wines. A Sangiovese and a Vermentino directly from the estate itself, a Prosecco which is produced in partnership with the Trevisiol family and a Pinot Grigio delle Venezie. The Sangiovese displays typical Tuscan characteristics of the varietal – freshness and balanced oak with smoky hints alongside cherry and rhubarb notes. The Vermentino (100%) is unoaked, fresh and aromatic, with citrus and melon flavours combining with floral hues and a good finish. The Prosecco is produced in the Valdobbiadene region and is made with 100% Prosecco grapes. Deliciously light and playful, it displays minerality and freshness with peachy notes. Its fruity softness makes it the ideal aperitif for any occasion. The Pinot Grigio spends about two months on its lees before bottling. Shows citrussy aromas, white flower blossom and a hint of mint, backed by a zesty and fresh palate.

Andrea Bocelli pours as much passion into his family’s wine as he does into his music and the two seem to harmonise together perfectly. There can only be one way to experience this harmony – press play on one of his albums, pour a glass of his wine, and enjoy!