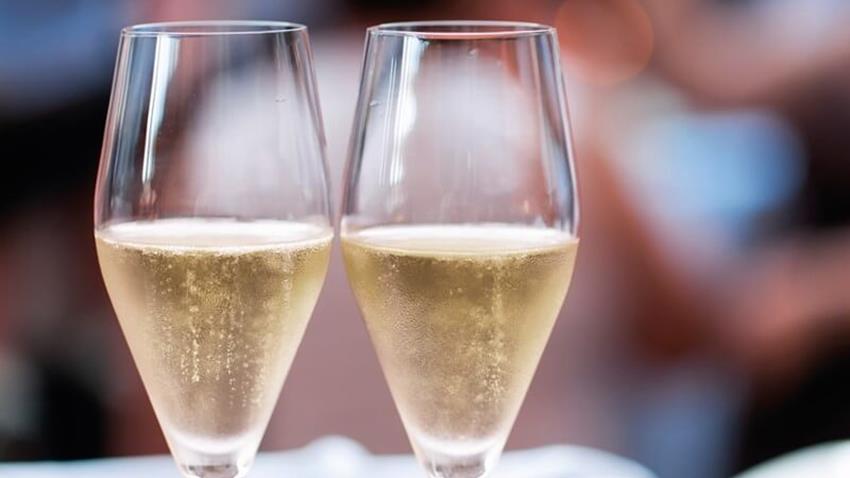 We're predicting that the demand for aromatic-infused drinks, classic sparkling wines and festive brews will soar over the holiday season, and the trend is set to last well into 2017. With 34% of people considering specific Christmas drinks offerings important over the holidays1, we've elaborated on our festive offerings and shared further ideas for the biggest drinks trends and best things to serve over the holidays, to help our customers offer excitement and a point of difference.

If 2016 was the year of Prosecco, then 2017 will be the year to truly go global with sparkling wines. Italian sparkling wine as a category has continued its ascension with a 48% growth year on year2. Expressive wines, like the Fantinel Ribolla Gialla Brut and Joi Spumante Brut Rosé from certified organic and biodynamic winery, San Salvatore, who joined us in 2015, have shown that consumers are not afraid to experiment – a trend that’s set to continue.

Tiffany Mogg, Wine Supplier Manager, says that though the big brands ‘deliver on quality’, offering something that the consumer doesn’t recognise isn’t necessarily a big risk. Responding to the demand for something new, in 2016 we diversified our range of sparkling wines with a focus on boutique and heritage brands. introducing Cavas from Villa Conchi, a modern winery creating wines expressing the character of traditional Spanish sparkling grapes. We've also incorporated a Crémant d’Alsace into the portfolio, which comes from Domaine Zinck, whose approach to winemaking focuses on a small but extremely high quality output. In response to an over 40% growth in the South African sparkling wine category3, customers can now also enjoy a cap classique from the innovative South African winery, Kleine Zalze.

Mogg states that these styles are ‘attractive to the classic wine drinker, as well as millennials, delivering on depth of flavour and food-matchability.’ Over the festive season and into 2017 we can expect consumers to demand sparkling wines which aren’t just a flash in the pan – or the pop of a cork – they must be able to handle the bar, the toasts and see through an entire three course meal. Cue quality méthode traditionelle wines from the old and new world, like the popular English fizzes from Chapel Down4, and the delicate Château de Montguéret Saumur Brut. Springy and refreshing spumantes, like those from family-owned wineries Rocco Venezia and Gancia will also create a talking point and last out the festive season.

Santa’s brewing, and it’s time to rediscover the dark stuff

The beer category has gone from strength to strength in 2016, with our biggest ever showcase of beers and ciders at the Boutique Beers festival in July, and there’s no sign of this stopping. Beers and ciders make up a big chunk of Christmas takings given all of the merriment which takes place in bars and pubs, yet Christmas food pairings still often revolve around wines.

Justin Wylde, Beer, Cider and Softs Category Manager doesn’t see why a Christmas ale or cider shouldn’t be elevated to the tipple of choice for Christmas Day. ‘Beer and food pairing as a way of enjoying food and drink has grown more than ever in the past year, but there are also standalone and session beers which are perfect for the festive season – and created especially for this purpose.’ Wylde recommends BrewDog’s Hoppy Christmas, only available in the run up to Christmas, with roast turkey and all the trimmings. St Austell’s Jolly Holly and Aspall’s mulled ciders also make a great match for warm mince pies.

The excitement isn’t just for Christmas, though, and Wylde predicts an interesting year for craft beer: ‘With the exchange rate and current shortage of American hops, and a turn towards traditional recipes, dark beers and home-grown UK craft like those on offer from Freedom, Curious and Two Fingers breweries will become increasingly popular.’

Wylde says that there’s no reason for lager and light beer drinkers to be afraid of a couple of pints of the black stuff, though. ‘Stouts and porter-style beers can range in depth and flavour – so there’s something for everyone and for any occasion. Roasted malt and barley come into their own in porter-style beers and stouts, transmitting vanilla, coffee and chocolatey notes.’ He adds ‘Creamier porters like the thick-headed Anchor Porter or BrewDog’s velvety Jet Black Heart are a great match for a rich Yule Log or Christmas pudding.’

Wild infusions in spirits and vermouths

Already an important part of southern-European life, in 2016 aperitivo culture truly took off in the UK, with vermouths and bitters increasingly appearing on pre-dinner drinks menus. Using different bitters and vermouths to create a unique serve for these drinks can really help to encourage consumers to branch out, and Spritz serves can come into their own at Christmas; cutting through richness with citrusy and zesty notes. Another reason for the Spritz’s success, says Ceri Lewis, Category Manager for Spirits and RTDs, is down to a trend this year ‘to turn away from a sweeter palate and towards a more sophisticated, bitter palate’ with many brands incorporating an array of unusual aromatics which fascinate consumers.

While the traditional brands such as Aperol and Campari still rule, we're predicting 2017 will see international and small-batch vermouths penetrate the market. Lesser-known varieties like the Piedmontese Vermouth Di Torino which is made to an old family recipe and the Amaro Montenegro which blends liquorice root, saffron and orange peel, can be drunk neat or with soda.

The botanicals trends is already at large in the spirits market, with customers asking for more and more unusual infusions and hand-foraged aromatics as found in Scottish gins Caorunn and The Botanist. This trend is not limited to gin, however, with flavoured and infused vodkas such as Polish Davna Czeri Cherry Vodka, Dutch Ketel One citrus vodka and Chase distillery’s Rhubarb Vodka set to capture consumers’ senses in cocktails and new serves.