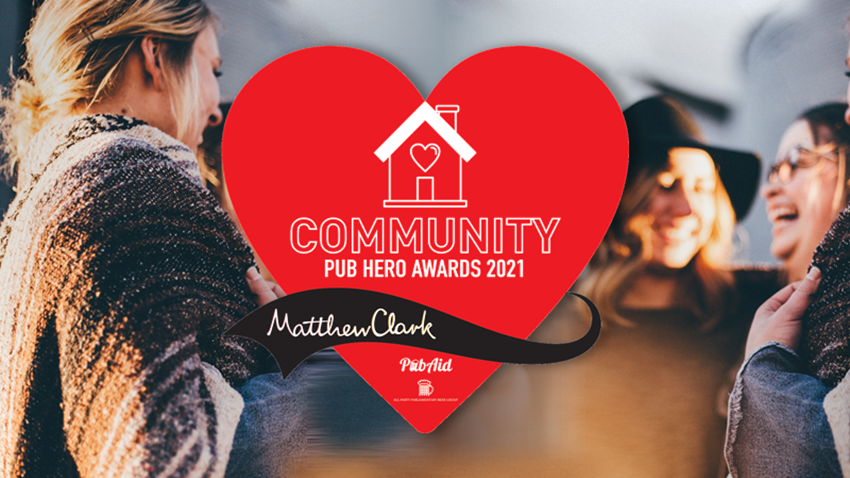 Ten pubs have been named as finalists in the Community Pub Hero Awards, organised by PubAid and the All-Party Parliamentary Beer Group (APPBG) and sponsored by Matthew Clark.

The shortlisted pubs all impressed the judges with their support for local communities during the Covid lockdowns, whether by offering vital supplies for residents, cooking hot meals for the elderly or countering social isolation through online quizzes or chats. The awards attracted 115 entries, including 60 from MPs who nominated pubs in their constituencies, as well as direct submissions from pubs. The finalists will now be judged and the overall winner announced later this spring in an online presentation event attended by finalists and their MPs.

This is the third year for the competition, which has been reshaped and renamed – it was formerly Charity Pub of the Year - to focus on community support rather than traditional charity fundraising. Despite pubs being closed for much of the entry window, more entries were received than for the last competition in 2019. Judging was carried out by a panel of experts drawn from across the pub industry.

The 10 shortlisted pubs are:

PubAid co-founder Des O’Flanagan said: “Our heartfelt congratulations go to these pubs, who have all earned their place in the finals by going the extra mile and beyond during the lockdowns. Traditional, event-led charity fundraising in pubs was made next to impossible when pubs had to close in March last year, but that didn’t stop licensees and their teams from doing all they could to support their local communities, despite frequently facing hardship and uncertainty themselves.

Richard Hayhoe, Marketing Director, Matthew Clark added: “We were delighted to support this competition for a third year and pleased with the response from pubs and the many MPs who nominated a ‘hero’ in their constituency. The fantastic work done by so many licensees and teams during the lockdowns and periods of restricted trading over the last year have provided a vital lifeline to countless people, and prove that pubs are genuinely a force for good in their communities.”

Find out more about the Community Pub Hero Awards at the PubAid website. PubAid was formed in 2009 with the aim of highlighting the great work done by UK pubs, which includes raising more than £100m every year for hundreds of charities.