By James Caley (alumni) in Blog 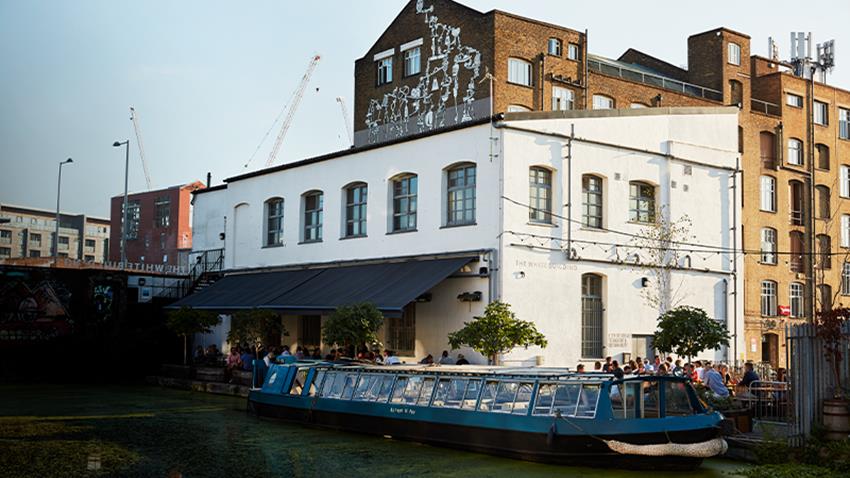 It's been far from a typical summer so far, and now it's almost over! Crucially though, it is not over yet, and with the last summer bank holiday just around the corner, our minds have turned to sessionable beers to soak in the last of the sunshine. We've asked our beer buyer James Caley to give us his recommendations. 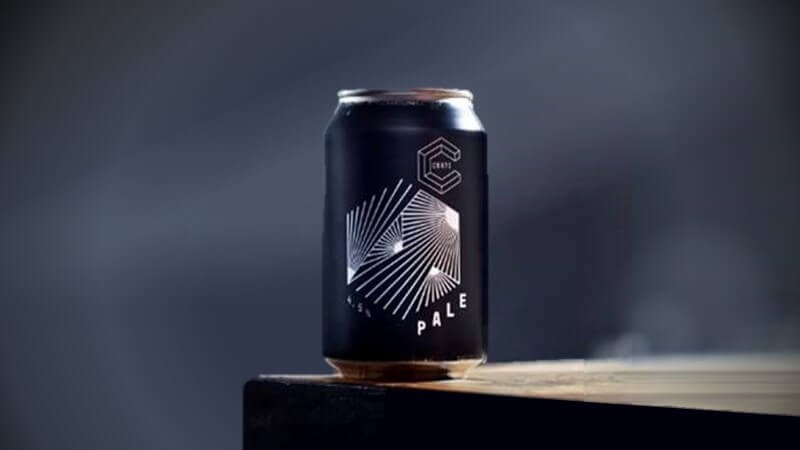 Get the sunglasses out and sit in the beer garden, this beer is fresh, bright and extremely accessible, it’s the perfect side partner to a pizza or light lunch but bloody good on its own in a pint glass too.

Brewed in Hackney Wick in the shadow of the Olympic Stadium, Crate Pale is classic craft beer but still very approachable and easy to drink due to its freshness. It’s a generous beer; light and tropical with Chinook, Ekuanot and Citra hops.

As production in cans rivals bottles, there is a need for packaging to adapt to different environments in the On-Trade. Crate would not look out of place in a premium restaurant with its classy artwork. 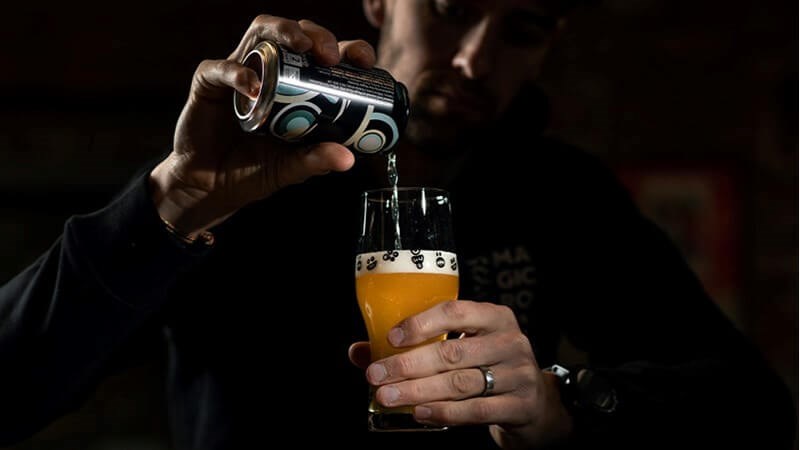 Modern flavours and modern artwork, it’s a beer with an attitude. The 3.8% ABV means you can spend the afternoon in the beer garden and still be on your feet to carry on with the night.

Magic Rock have nailed this session IPA that packs the flavour of a higher ABV beer. It’s fresh with the right amount of bitterness, with tropical fruit flavours.

Craft beers can be complex like wine which means they pair well with food. The Saucery is great with fish but also lighter spicy food. The lighter the beer the lighter the food to pair with.

An absolute standout in the fridge - the artwork will draw the attention of customers, especially when displayed alongside other Magic Rock beers. 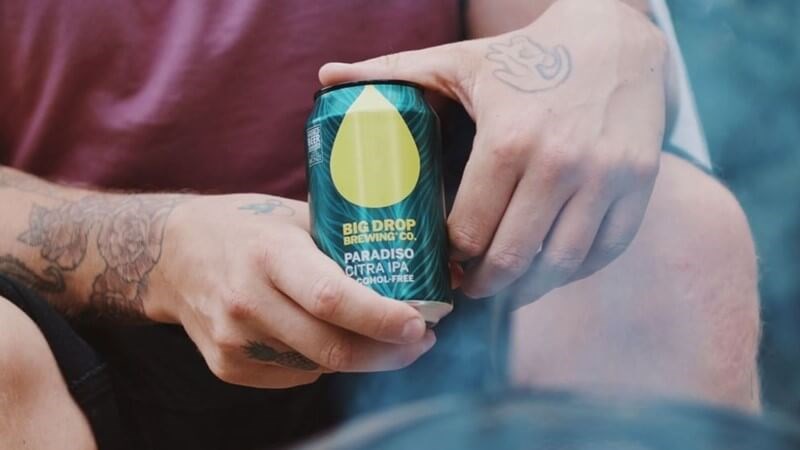 No beer garden FOMO. This beer might be 0% but the taste lacks nothing to rival with its full strength counterparts.

Operators predicted NAB/LAB (no and low alcohol beer) as the main drinks trends followed by craft beer and they were right. Off-trade Low & No alcohol beer saw sales growth of +49.6% in May 2020 vs last year. Consumers are increasingly looking for something interesting that doesn’t contain alcohol. This is exactly what Big Drop is offering.

Big Drop doesn’t extract the alcohol from their brews as many other 0.0%’s do, they instead use techniques and ingredients that produce very low levels of alcohol. It’s also dry hopped to retain the aromas. These factors together create an IPA that is hop forward with flavours of grapefruit, mango and passionfruit, that is light, crisp and has a refreshing body. 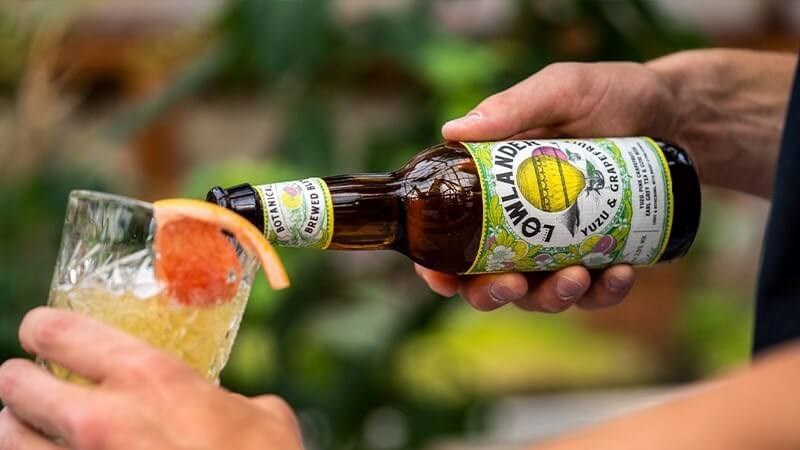 Whether heading for a city break this bank holiday or staying in the local beer garden, the 2.5% ABV makes this beer the perfect afternoon sipper and a favourite for an early evening aperitif.

The beers from Lowlander are handcrafted with natural botanicals and expertly brewed - this Gose beer is brewed with Yuzu, Pink Grapefruit and Earl Grey Tea to create something really different to perk you up after a long day. It will appeal to beer lovers but also wine and spirits fans due to its complexity. 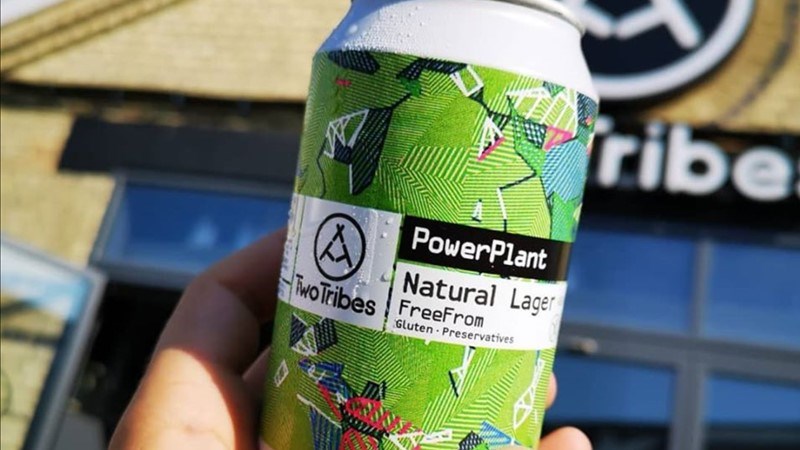 This beer is a real bank holiday treat, it offers a step into craft lager with its traditional Pilsner style that would appeal to lager drinkers. Enjoy it ice cold to get the full flavour and kick start the evening.

Powerplant stands out from the moment you see it due to its fantastic artwork, and tasting the liquid takes it to the next level. This is lager in its most natural state, crafted to remove gluten but retaining a classic style. Lagered for 42 days, it offers that crispness you associate with pilsner malts.  With the growth in craft lager showing no signs of slowing, get on board and enjoy a Powerplant, a very cold one.

I’m Matthew Clarks Beer, Cider and Softs Buyer. I have a background in Procurement and Supply Chain and I’m lucky enough to use my experience working in the drinks trade with some great suppliers and fantastic brands.