Journeying through seas and sugar 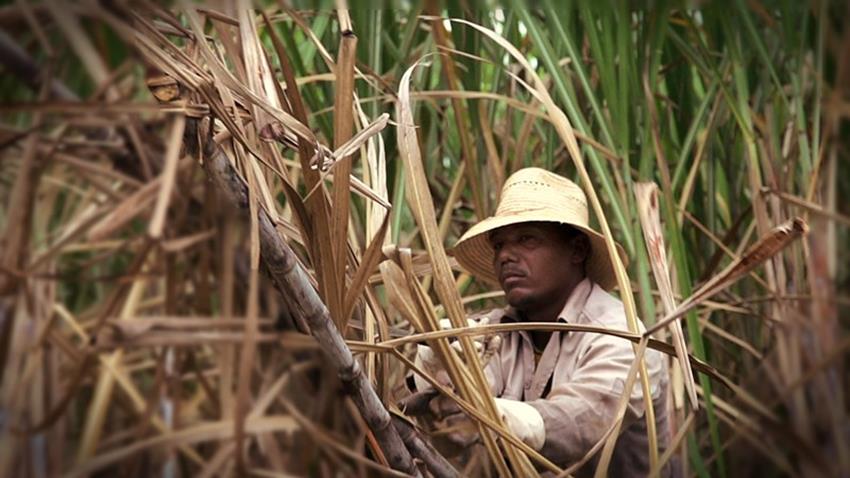 Rum is the drinks of the high-seas, the royal navy and the Caribbean. The links with the British Royal Navy date back to 1655 when they captured Jamaica. Used as a bribe, rum started to replace brandy as protection against pirates and in 1687 the daily ration given to seaman was officially changed from brandy to rum.

To protect their domestic spirits, Britain and France forbade its importation. As a result, molasses was shipped to the new American colonies and distilled there, becoming America’s first commercially produced spirit and creating an enduring demand for rum in the US that persists today. By the late 17th century Caribbean rum was a thriving export trade and became part of the triangular trade where molasses was sent to New England to be distilled into rum.

With its connection to the high seas, it isn’t surprising that rum spread around the world. Although often forgotten, you can find rum distilleries in the east. The island Mauritius has a thriving rum industry as does the Philippines with new producers such as Don Papa changing the connotations of rum from the nation. From the Philippines via Thailand and onto the Seychelles, the sea-faring nations of the 17th, 18th and 19th century left rum wherever they visited. 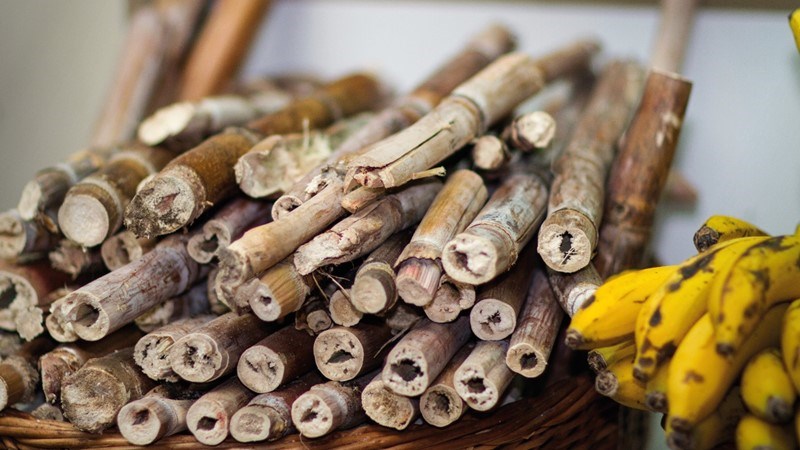 The rum doing the most to show the world the virtues of south-eastern rums is Don Papa. It’s an aged, small batch rum from the Philippines. Distilled on the island of Negros Occidental, known locally as Sugarlandia. Its nickname is apt, the island produces more than half the nation's sugar output. When Don Papa creator Stephen Carroll visited the island, “stories of an island that had everything; from the world’s finest sugarcane, beautiful beaches, mountains and volcanoes” imprinted the idea. The result is a rum that’s light and fruity on the nose and smooth and delicate on the palate. The light amber coloured Don Papa has a long, rich-textured finish and offers flavours of vanilla, honey and candied fruit. It’s a rum you can easily enjoy neat.

Don Papa isn’t doing all the heavy lifting his self, raising the profile of rums from the region. Gold of Mauritius, from, you guessed it, Mauritius won a Silver Medal winner at the World Spirit Awards, a Gold Medal winner at the Concour d’Indien and rated 91% at the Ultimate Spirits Challenge.

There is probably nowhere better to do a day’s work, Gold of Mauritius is blended in paradise. The rum is conditioned in South African port-style wine casks giving the rum a complexity of taste and aroma. The nose reveals hints of oak, malt, roasted nuts, chocolate. Whilst on the palate a subtle note of vanilla and very fine spices appear in perfect harmony. No wonder it picks up both awards and glowing reviews. 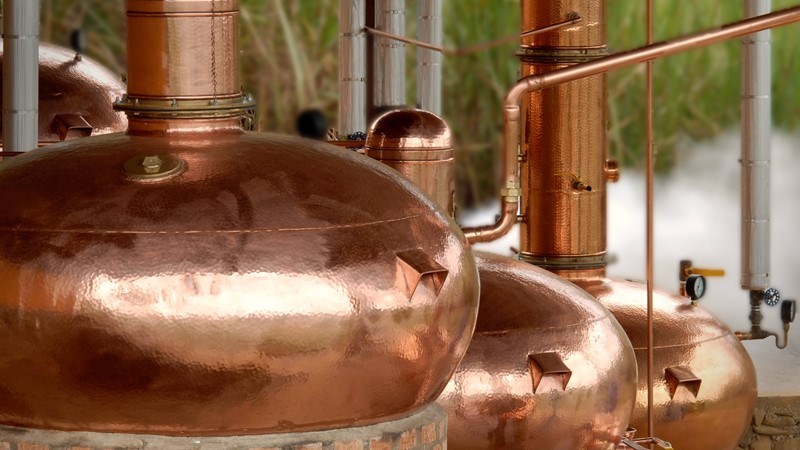 The eastern hemisphere isn’t the only often forgotten rum producing region, Central and South America boasts a wide variety of rums as well as Cachaça. Rum from Venezuela, Guyana, Panama, Nicaragua and Guatemala is all covered off in our range.

Guyana, situated at the northern tip of mainland South America is the home of demerara sugar. Of course, where there is sugar, there is rum. The use of demerara gives the rum a sweeter flavour with caramel and toffee flavours. A great example is Mortons OVD Rum, OVD standing for Old Vatted Demerara. It’s actually Scotland’s no. 1 dark rum after being first imported in 1838. Made from sugarcane that grows alongside the Demerara river in Guyana, it’s a full strength rum, matured in oak casks for up to 7 years giving it a mellow, rich and spicy taste. Slightly sweeter than most dark rums, OVD has a distinctive oaky aroma with complex toffee flavours. Rich and fruity on the palate and with a mellow finish.

If you like demerara rum, there are now plenty of choices. Skipper rum is a blend of 7 dark Demerara rums from 3 stills and Woods Old Navy rum is produced using a combination of spirits made in both pot and continuous stills from sugarcane grown along the banks of the river Demerara.

The neighbouring nation of Venezuela is also home to a number of leading distilleries, producing rums well worth checking out. There is the range of rums from Pampero, originally distilled in Caracas, in1938. The name comes from the 'Pampero', the relentless wind of the South American Pampas (prairies).

The range includes Pampero Blanco, a blend of white rums, aged for a minimum of 2 years in ex-Scotch whisky casks. By law, all Venezuelan rums have to be aged for at least 2 years before they can be released. Its charcoal filtered, fresh and clean with creamy, blackcurrant, banana, sweet toffee and light vanilla notes. The aged rum produced by the distillery Pampero Añejo Especial was the first Venezuelan rum to ever be designated “añejo”. A balanced rum; creamy, light, slightly drying with lingering vanilla notes. 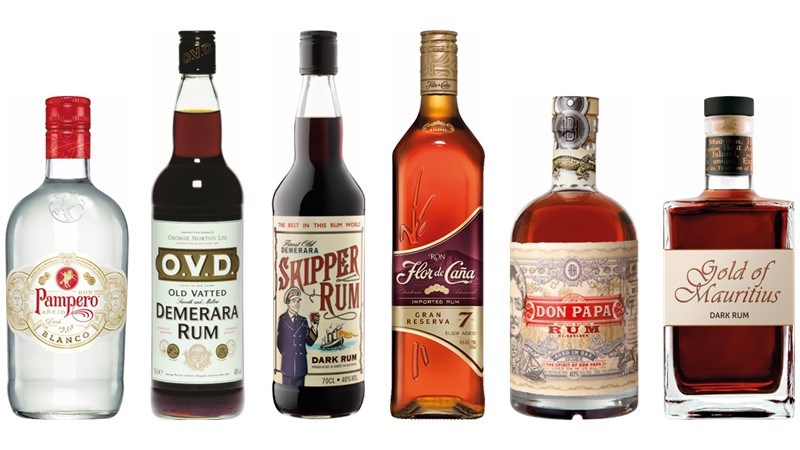 For rum from even more exotic locations, you can look to Nicaragua, home to Flor de Caña. One of the world’s greatest ‘single estate’ rum brands, it was first produced in Nicaragua in 1890. The family-owned distillery produces and bottles rum exclusively in the small municipality of Chichigalpa.

We could go on and on. Peering into our extended range of spirits you’ll find rum from Colombia, Paraguay, Haiti and even Liverpool. The latest statistics from the WSTA’s annual Spirits Report shows that UK Rum sales are expected to reach £1 billion for the first time this year. So if you’re thinking of adding some new rums to your range, remember there is a whole world of rum to explore. It’s not just a journey through the high seas, it’s a journey through history, flavour and above all, variety.

Take a look at our rum brochure to find out more. We're here to support you with everything that you need to make your spirts range a success, from free menu design and print and barware at exclusive Matthew Clark prices. Click here to order any of the products mentioned online now, or click here to open an account with us.