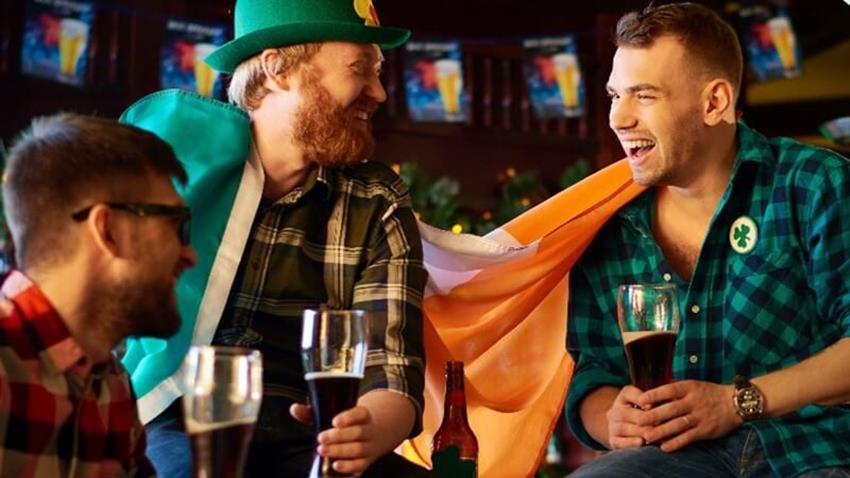 The once religious celebration of St. Patrick continues to grow. Around the world, the event is leveraged by Tourism Ireland and Ireland’s Department of Foreign Affairs to boost the billions brought into Ireland by visitors and inward investment to the country. Last year the annual ‘Global Greening’, which literally turned the world green was bigger than ever with the Colosseum in Rome, the Christ the Redeemer statue in Rio de Janeiro and even the Great Wall of China all turning green to celebrate the day.

It’s truly a phenomenon, is there any other occasion that celebrates a nation and its people worldwide? The international success of St. Patricks Day is likely down to the huge Irish diaspora. In the UK, 10% of the British population has Irish heritage, in the US it's 10.5%, in Canada the figure is 14% and it’s as much as 30% in Australia. It isn’t just the countries used expect either, you can find large numbers of the Irish diaspora in Argentina, Bermuda, Chile, Mexico, India, South Africa, Uruguay and across the Caribbean.

Now even if you can’t trace your ancestry back the emerald isle, don’t worry. You don’t need to be Irish to celebrate St. Patricks Day, everyone is Irish on March 17th. This year we can expect to see more people celebrating in the UK On-Trade than ever, knowingly or unknowingly. This year the date falls on a Saturday, giving employers a sigh of relief, and the celebration coincides with the final round of 6 nations matches. 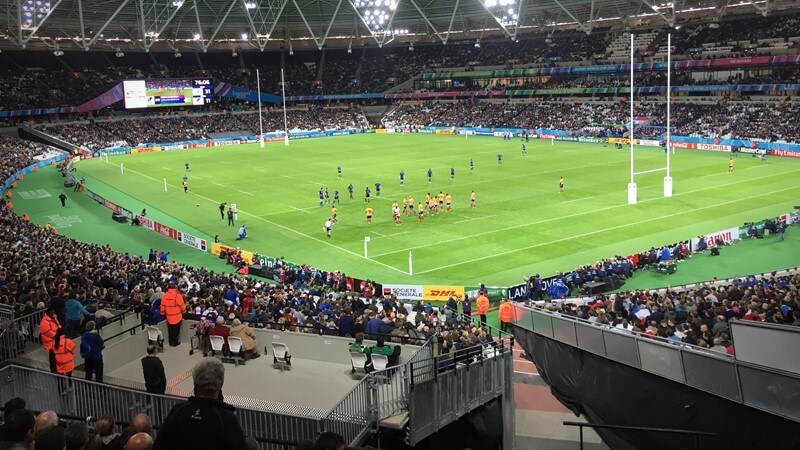 5.5 million extra pints of Guinness are sold worldwide on a typical St. Patricks Day, but with the rugby to contend with, it's unlikely to be a 'typical' St. Patricks Day for the nation's bars and pubs. The big fixture on the day is England vs Ireland which offers a huge opportunity for the trade, data from MatchPint suggests Rugby fans are the most lavish spenders in the On-Trade when watching sport.

Guinness’ sponsorship of the 6 nations, combined with its promotion of, and support for, St. Patrick’s Day will see a huge amount of the black stuff moving across the bar. The brand practically owns the occasion, but there are a number of great beers and ciders from Ireland. Mixing up your offering will allow you to give customers a broader base of options. 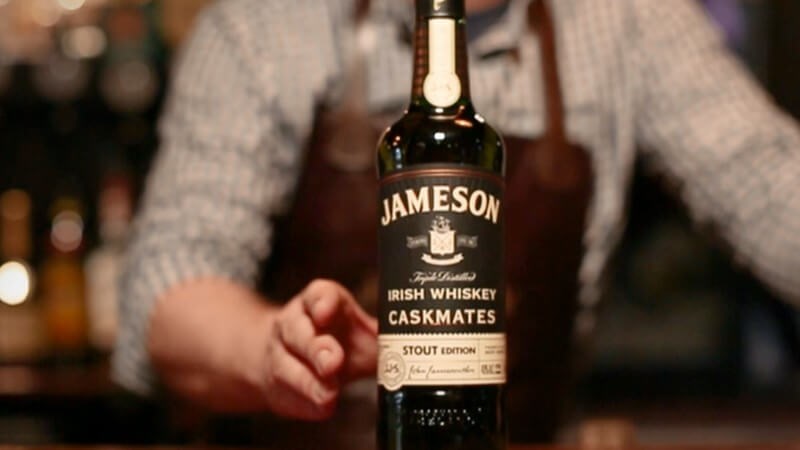 Irish whiskey was once the most popular spirit in the world. Prohibition in the US, mass Irish emigration, wars with Britain and the Great Depression all contributed to just 3 distilleries remaining in Ireland by the 1990's. The sleeping giant of the spirits world is now waking up; Irish whiskey sales have grown year-on-year for over 20 years.

Irish whiskey, specifically Jameson (the world’s best-selling Irish whiskey by some margin), is set to be a big winner on St. Patricks Day this year. Jameson owner, Pernod Ricard has invested in bringing beer and whiskey closer, introducing Jameson Caskmates to the UK market. It’s the result of a partnership with Irish micro-brewery Franciscan Well that sees Jameson whiskey finished in stout seasoned casks.

Offering customers a Caskmates chaser when ordering a pint of beer will put more money in the till. While it seems like the perfect up-sell for stout drinkers, the bitterness of a hoppy IPA is nicely offset by the sweetness of Caskmates and the creaminess of the IPA combines well with the coffee and stout notes of the whiskey. 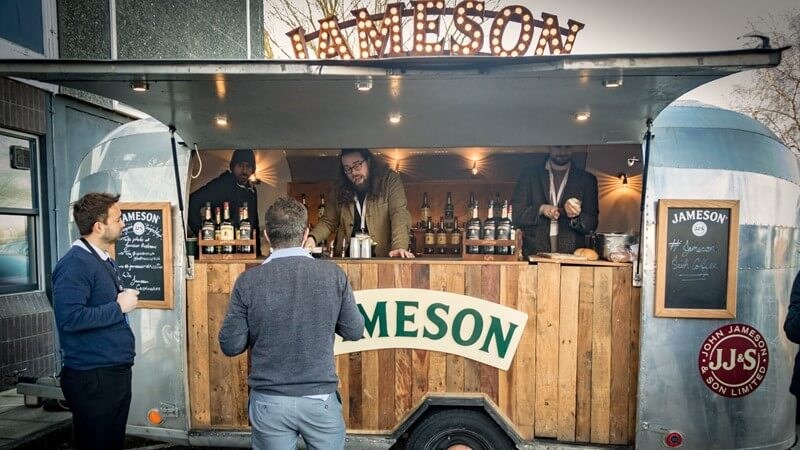 Drinking whiskey neat isn’t for everyone. Create a separate focused St. Patrick’s Day drinks menu that features a range of simple mixed drinks, Irish beers and of course, measures of Irish whiskey and Irish cream. For the simple mixed drinks, one essential for the occasion is an Irish Coffee, there’s nothing more quintessentially Irish than adding in a little drop of Jameson Irish Whiskey to the brew. Consider trying a version using Jameson Caskmates too, we recently did here at MC HQ and the additional notes of cocoa and butterscotch in the whiskey came through wonderfully in the finished drink.

Alongside a simple focused menu, that should immediately turn a customers attention towards choosing one of your higher margin drinks, you should also consider promoting your St Patricks Day drinks selection and any offers with themed POS. Our Design Studio team has prepared a range of templates to save you time on any menus, tent cards, posters and banners you wish to order. 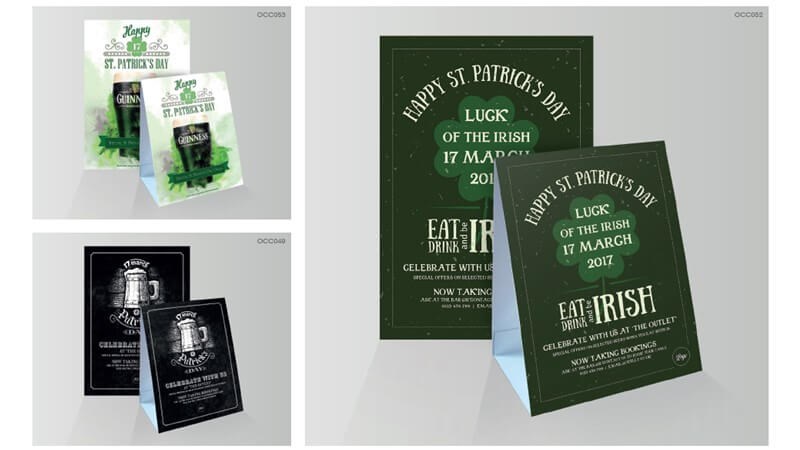 All that’s left is to make sure your venue is ready. It’s going to be a very busy day so make sure you increase orders of key lines such as Jameson and Guinness so you don’t run out and consider ordering some plastic glasses if there is a chance you can run out of glassware. Set the atmosphere and go full out by adding some Irish bands to your playlist (or better yet, getting an Irish band to play live), get your staff dressed in green and ensure you fully promote the occasion and your drinks deals. We can't all enjoy the luck of the Irish in getting the word out!

Take a look at our article here which runs through some of the ways you can prepare for, and maximise the potential of, the 6 nations which should come in handy for the day.