New traditions on the Camino

By Brian Meacher in Blog 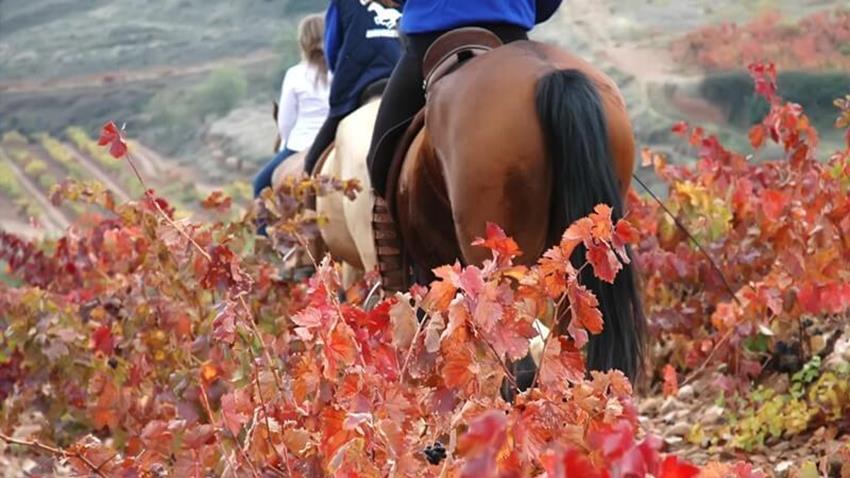 Rioja is a wonderfully rich wine region in terms of history, quality and people. This fascinating land has produced wines since Pre-Roman times. Then, a trade route existed leading to Finisterrae (today Cape Finisterre). Sitting beside the vast Atlantic Ocean in what is now North Western Spain, the literal meaning of Finisterrae in Latin is the ‘end of the earth’.

This trail became famous when the remains of the Apostle St. James were said to be laid in Santiago de Compostella, not far from the rugged and rocky coast of Cape Finisterre. From its heyday in Medieval times, around 250,000 pilgrims a year still make the long pilgrimage using the ‘Camino de Santiago’ or Way of St. James. These thirsty pilgrims have done much to spread the word of the comfortingly soft and silky reds made in the rolling hills of Rioja.

I’m walked part of the Camino on my own wine inspired mini-pilgrimage. Travelling from Pamplona, famous for it’s running of the bulls, to Lagrono, the capital of La Rioja. A beautiful trek, not without some effort. It’s over 60 miles, hilly and hot. My incentive was to reach the Bodegas Corral home just outside Logrono.

I’m lucky to work for Bodegas Corral well known for Don Jacobo Rioja and Altos de Corral. Founded in 1898, it's known as one of the Centennial wineries, so called as many new wine businesses started a life here as a result of the ‘boom’ in the late 1800’s. Phylloxera blighted Bordeaux at the time. Merchants, looking for good quality wines to fill the ‘claret’ void, arrived from over the Pyrannee’s to buy as much Rioja that they could. 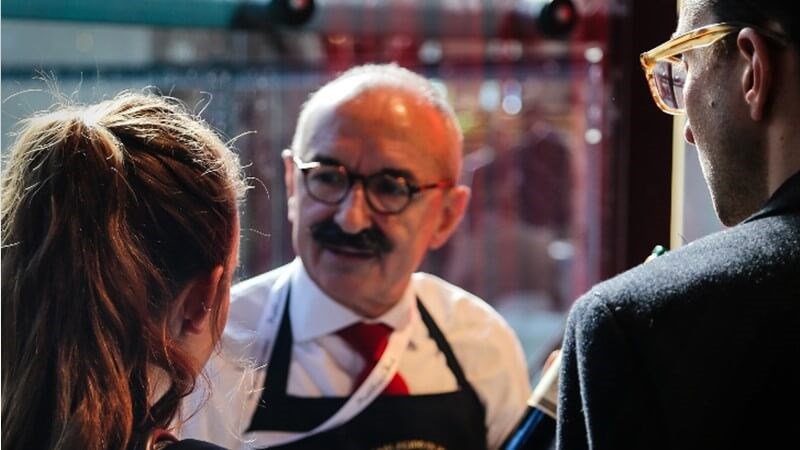 Once at my destination I would have a couple of days to catch up with the small team at the winery and new CEO and winemaker Carlos Rubio. Some of you reading this will know our previous CEO, now a semi-retired head winemaker, Javier Martinez. Once met never forgotten! There is not an inch of La Rioja that Javier does not know. He has been growing and buying grapes for Don Jacobo Rioja for 43 vintages, he knows where the very best come and how to treat them.

After four decades of management by Javier, he has recently handed over the business to Carlos. He has left Bodegas Corral in a position of strength and Carlos with the necessary resources to face the future. We have history and quality on our side with stocks of very good wines to sell.

Thanks to Javier’s tireless commitment we're known and available worldwide, having cultivated decades-long relationships with customers. One of the longest and most valued is the relationship with Matthew Clark. We have dealt with them exclusively in the UK since the 1980’s. Together we have seen much change in the wine world.

Carlos and Javier have been working together since 2015. Carlos arrived at the winery to support Javier in his winemaking with a view to one day taking over the reins. Family members sit on the board with Javier and Carlos and are well versed in making sound decisions for the longer term benefit of the business. 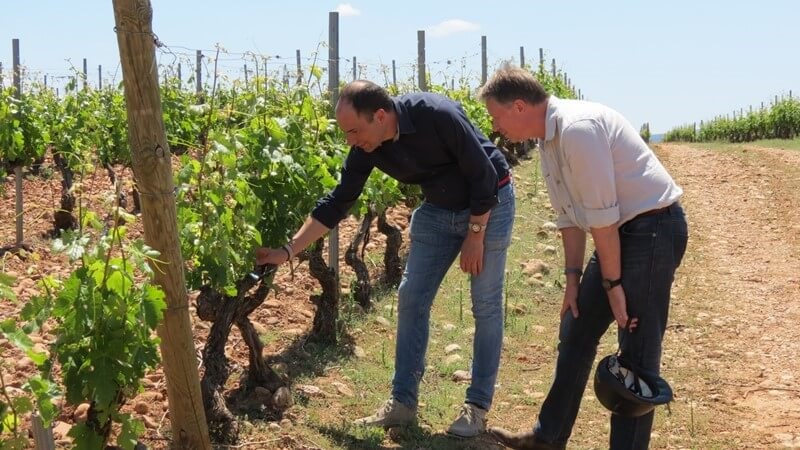 When I finally arrived at the winery, Javier is travelling in China, an important and relatively new market. Carlos is calm and undaunted as always. Javier’s involvement in the winery continues with consultation on the making of our traditional reds. These involve a huge amount of skill. Some are aged for 10 years before release so the lessons of how to create great wines must be rigorously understood.

During the previous week, we were with the Matthew Clark team in London to review progress on our planned label update. The aim of the label review is to convey our traditional values with a fresh outlook. Evolution not revolution sums up this process and the general approach of the business.

Carlos and I took a trip out in the company car. A well worn and much loved 1990’s Landrover that noisily goes anywhere. We’re checking for evidence of recent frost damage. Some precious vines have suffered badly, others less so and there is determined secondary growth in evidence in some vineyards. "It’s life," says Carlos, "sometimes nature makes our job a little harder, but we will be OK".

For such a traditional Bodega we have taken some bold steps in the past. The creation of a single vineyard of intense Tempranillo called Altos de Corral was an ambitious undertaking in the 1990’s. A modern style Rioja, released under the judgemental gaze of traditionalists. Yet Altos was an instant success with customers and stand out star of several blind tastings. The reaction to this locally was subdued yet other wineries with a similar desire to seek better quality took note. 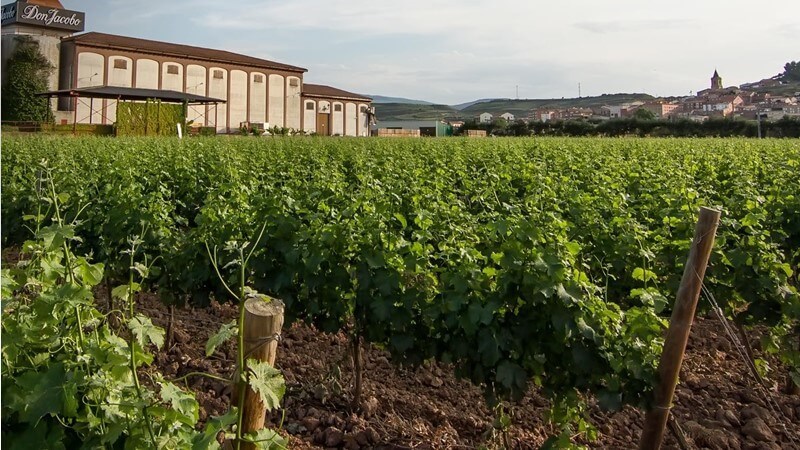 I can’t help but be reminded of the beginnings of change in Tuscany where strict regulations were challenged for the good of the region’s future. Altos for Javier has been a lifelong project. It's based on a deep-felt passion to improve wine quality whilst respecting the importance of traditional styles.

In Rioja today as in Tuscany in the past, traditionalists believe that any such move from traditionally mixed fermentation or later blending does not represent ‘true Rioja’. As a family-controlled business Bodegas Corral is perfectly placed to adopt a more flexible strategy. Exploring the result of different blends or single varietals made for immediate drinking or classic long ageing. The perfect juxtaposition of this in our cellars, where we have gently ageing bottles of the 2004 Don Jacobo Gran Reserva. It's a difficult wine to make, traditionally this classification has the potential to age for 20 years or more.

Our much loved Gran Reserva sits happily next to our other classic wines, our Crianza and Reserva. It now also shares the cellar with our first ever vintage of ‘Vine Roots’ 2014 Old Vines Garnacha. Historically the grapes from these 50-year-old vines were blended, losing their special identity. Carlos found the vines almost by accident. He swiftly struck a deal to personally manage the plot and buy the production at the very best price. A strategy that secures the best possible long-term relationship with the grower. 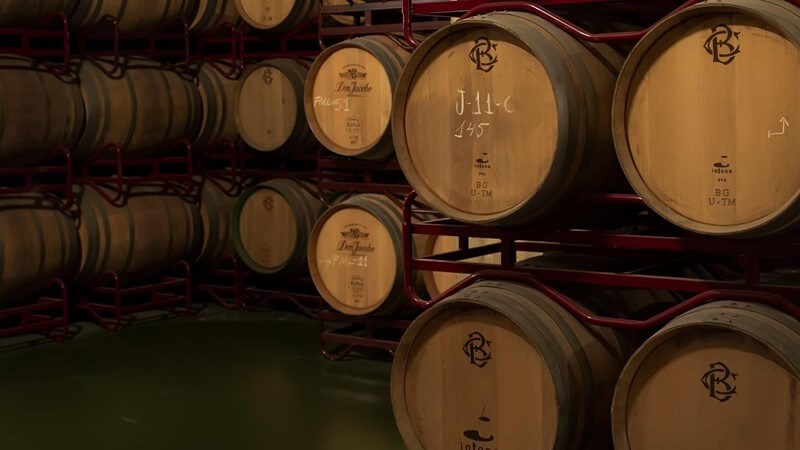 Carlos, as the next generation of winemaker, is aiming for balance without constraint. He clearly loves the challenge of creating and ageing our classic reds but is also excited with the release of the new ‘Vine Roots Garnacha’. A superstar in the making, this old vine Grenache is made in an upfront, intense modern style with the subtle use of oak. The 2014 is the first ever release and has turned many heads at its debut tastings. Vine Roots is something new for this and the next generation. Carlos describes Vine Roots as his hobby and his day job as safely steering Bodegas Corral and our traditional values into the future.

Managing change is a fine art. If, how and when to change are the thoughts of sleepless nights. Thankfully we have some incredibly wise counsel from Javier amongst other trusted friends and many loyal customers. Blending different elements together and allowing time to nurture something great is in the blood in Rioja. In many respects, it is not only natural but comfortable to welcome subtle change along the way. This is now Carlos’ ambition and responsibility.

Brian supports Don Jacobo Rioja in the UK On-Trade, using the experience he has gathered over many years in the industry.