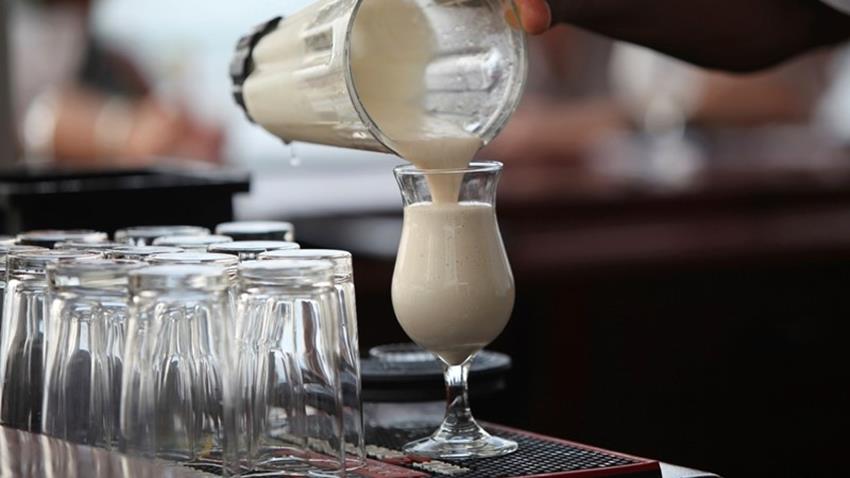 Although synonymous with the Caribbean, the origins of rum date back thousands of years to the other side of the world in Asia, where the Malays produced a drink known as “brum” from fermented sugarcane.

Indeed Marco Polo in the 14th century spoke about “a very good wine with sugar” which he sampled in what is now Iran. Sugarcane was introduced to Hispaniola (Haiti and the Dominican Republic) by Columbus in 1493, the climate in the Caribbean proved perfect for sugarcane production and to satisfy Europe's insatiable demand for sugar or 'white gold' as it was known, the English, Spanish, French, Dutch and Portuguese rapidly introduced it to their colonies in the Caribbean and Americas.

The work on sugar plantations was incredibly hard and was exacerbated by the hot climate; plantation owners regrettably used African slaves to meet their labour requirements with the first ship arriving in 1505. Which of these colonies first produced rum is unclear, there are records of production in Brazil in the 1620's which at the time was a Dutch colony, but the most popular claim is for Barbados. Indeed a drink fermented from sugar which was known as “kill devil” is referred to in the writings of Richard Ligon, a loyalist that fled England for Barbados in 1647 during the Civil War. “The drink of the Island, which is made of the skimming’s of the Coppers, that boil the Sugar, which they call Kill-Devil”. The first record of the word “rum” is also from Barbados in 1688. 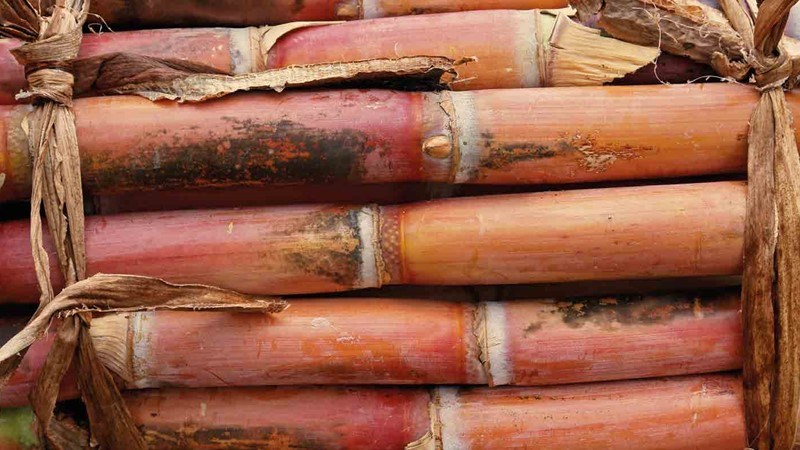 So where did the word rum come from? The etymology is unclear; we already know the Malays used the term “brum”, however many believe it is derived from “rumbullion” or “rumbustion” which were slang terms for “tumult” or “uproar”. Others believe it comes from “roemers” which were large drinking vessels used by Dutch sailors, or from the Latin word for sugar “saccharum”. Whatever the origins are, “rum”, “rhum” or “ron” has been used since the mid 17th century.

When we think of rum and its history, after the Caribbean, Pirates and the Navy are probably the next things that spring to mind, and certainly it was the drink and currency of the high seas. The links with the British Royal Navy date back to 1655 when they captured Jamaica. Used as a bribe, rum started to replace brandy as protection against pirates and in 1687 the daily ration given to seaman was officially changed from brandy to rum.

This ration, ¼ pint of 58% ABV rum issued twice daily, was originally drunk neat or mixed with lime to combat scurvy. In 1740, appalled by the drunkenness on board, Admiral Vernon insisted that the mixture was watered down. This mixture became known as “grog” perhaps due to the “grogram” cloak he wore. 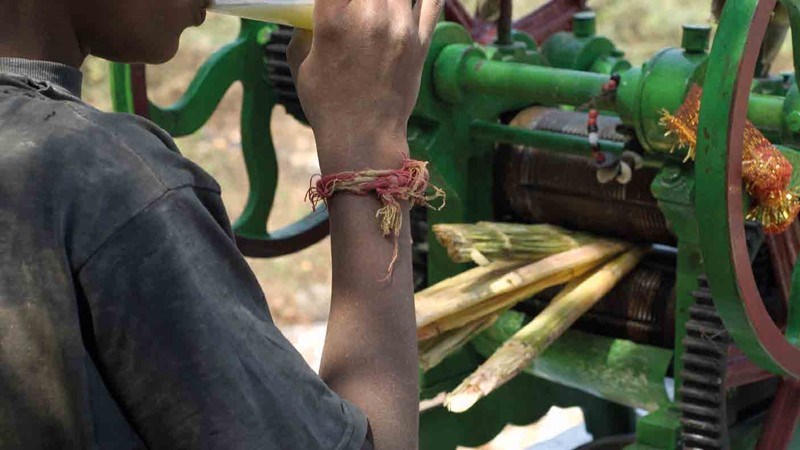 We still use this term today to describe a hot rum drink and to define the feeling of "groggy”, maybe a term best used when expressing the after effects of drinking too much “grog”! The Royal Navy continued to issue its daily “tot” of rum until 31st July 1970 when it was abolished, a date referred to as “black tot day”.

According to legend, after his death at the Battle of Trafalgar, Nelson’s body was preserved in a cask of rum to be transported home. On arrival it was discovered that the sailors had drilled holes in the cask and drank all the rum, leaving just Nelson’s pickled remains. This gave rise to the term “Nelson’s blood”.

Initially rum was a harsh drink, “kill devil” probably being a very appropriate description and was used to subdue slaves, but over time quality improved and it started to be traded internationally. However, to protect their domestic spirits, Britain and France forbade its importation. As a result molasses was shipped to the new American colonies and distilled there, becoming America’s first commercially produced spirit and creating an enduring demand for rum in the US that persists today. 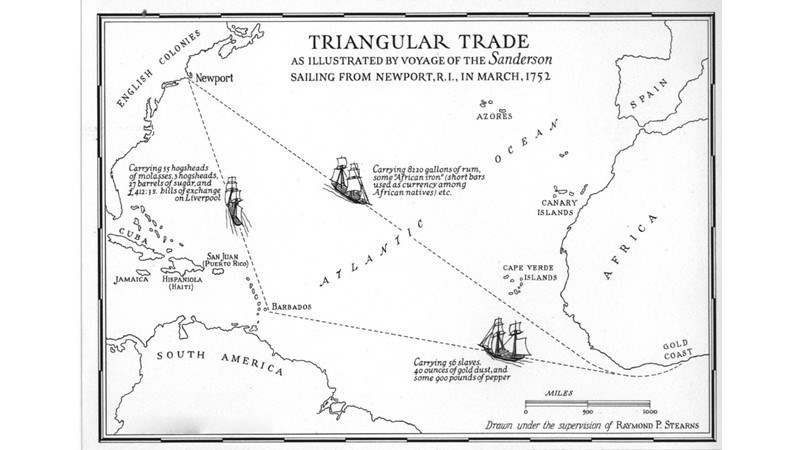 By the late 17th century Caribbean rum was a thriving export trade and became part of the triangular trade where molasses was sent to New England to be distilled into rum. Rum was then shipped to West Africa and exchanged for slaves which in turn were sent to work on sugar plantations in the Caribbean. Horrifyingly, up to an estimated 30% of slaves died on the journey.

During the 18th century, no longer hindered by import restrictions, rum started to grow in popularity in the UK. There were several reasons for this; returning sailors who developed a taste on ship, improved quality due to new distillation techniques and wood ageing, and the decline of brandy due to import bans and poor harvests which left little grain for distillation.

Whilst gin became associated as the drink of the poor, the middle classes turned to rum with rum punch becoming a very fashionable drink. Molasses was imported to the UK and rum was produced in port cities such as Bristol and London. During the 19th century, with restrictions on sugar imports into the US and the development of American Whiskey, rums popularity declined in America. At the same time, the Caribbean sugar industry started to decline due to the eventual abolition of slavery and also the production of sugar from beets instigated by Napoleon. 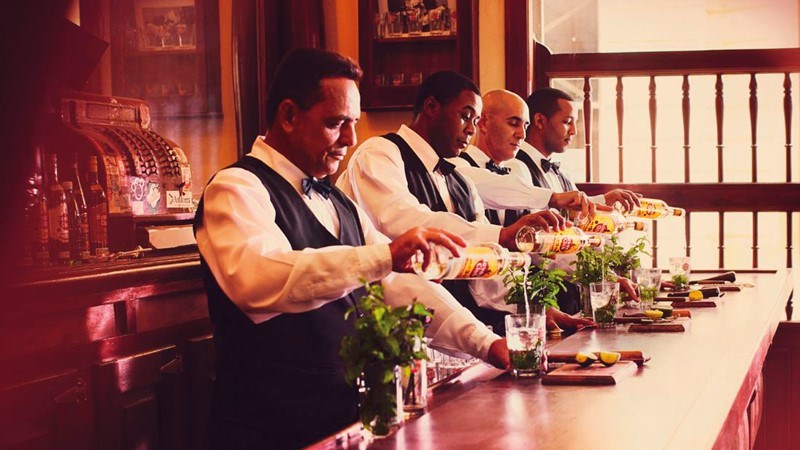 The quality of rum continued to improve, the column (continuous) still which was patented by Aeneas Coffey in 1831 was introduced to the Bacardí Distillery in Cuba in 1889. Bacardí used these stills together with selected yeast strains and filtration technology to make the clean dry light rums that they have become so famous for.

This improvement in quality and the fact that it was being pioneered in Cuba meant that rum, and Cuban rum in particular, was ready to capitalise on the next opportunity that came its way, prohibition. Many wealthy American’s unable to drink legally at home holidayed in Cuba, and enjoyed cocktails often served by American bar tenders made unemployed by prohibition.

Prohibition also drove the illegal consumption of rum within America, and gave rise to the term “the real McCoy” after the smuggler William McCoy who provided branded rums to clients. Smugglers were known as “rum runners”

During World War II, with no spirits imported from Europe and with domestic whiskey distilleries being used to make industrial alcohol, rum again had a boost in popularity in the US with rum and coke becoming the drink of choice. 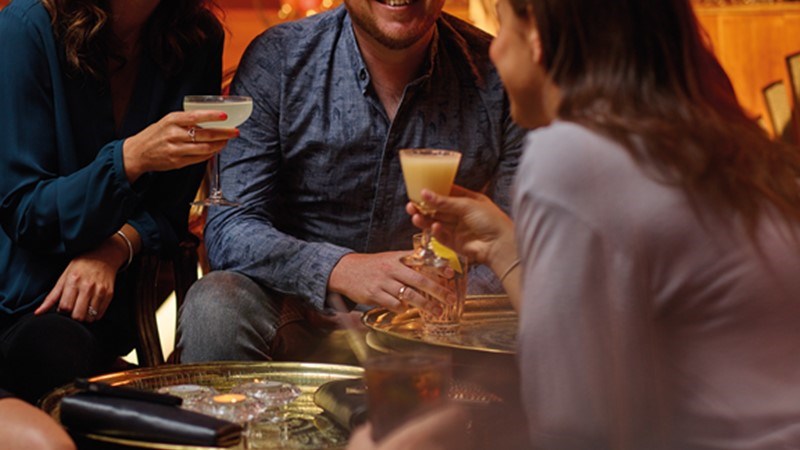 After the war, when US servicemen returned from the South Pacific, they brought with them the taste for rum and Tiki style drinks, made famous by Trader Vic and Don the Beachcomber, a trend which lasted for the next two decades.

Rum and cocktails fell out of fashion during the latter part of the 20th century with the popularity of vodka and a trend for convenience using commercial readymade mixers. Today, however, rum is very much on the up although the demise of the Caribbean sugarcane industry has left molasses in short supply and some producers are turning to imported molasses; more encouragingly some are growing their own cane.

There is an increased interest in the UK for rums outside of the Caribbean, and from a very small base, Rhum Agricole, which is made from sugarcane juice negating the need for sugar processing plants is growing in popularity.

In short, the range and variety of rums readily available in the UK has never been greater nor has the consumers knowledge and interest in rum, than it is now. The buoyant cocktail culture is helping boost rum sales. The Mojito one of the top selling cocktails in the UK On-Trade and the traditional rum cocktails are being revisited to be increasingly popular in British outlets. Rum is also replacing some other spirits in some all-time classic cocktails such as the Old Fashioned, Sidecar or Manhattan.