It's a Woman's World

By Tiffany Mogg in Blog 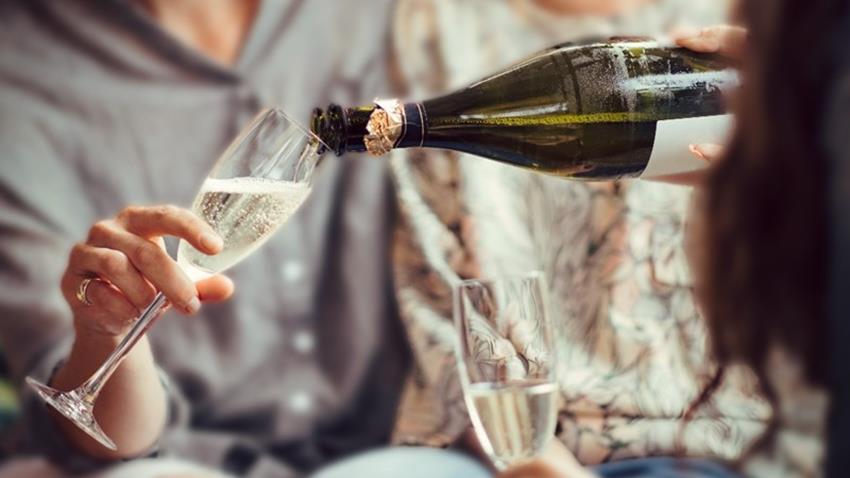 The wine or drinks industry as a whole has long been thought of as a man’s world, with Dom’s (monks) laying claim to inventing the stuff, and sailors transporting it across foreign lands for trade. Any women that wanted to retain their social status were absolutely not to be seen in pubs or bars… Even today nine times out of ten, the gentlemen of the table will be handed the wine list before the lady, with neither of you being asked who would like it first.

So what about those women, the unsung heroes, which have been absolutely pivotal in one of the worlds most celebrated and notorious drinks ever, Champagne? Here are their stories, and how their passion and entrepreneurial spirit made the region what it is today.

Nicole Barbe Ponsardin and Louise Pommery initiated what we now take for granted: a bright, bubbly, brut-style wine free of any unsightly dead yeast. Prior to these women’s visions, Champagne’s cold climate meant wine production was thin, very acidic and still. It was sailed down the River Seine and sold in Paris, as frankly, they couldn’t make anything better there either. However, we all know that as transportation systems developed, new road and rail links meant that the riper, richer (drinkable) wines from the likes of Bordeaux and Burgundy could now reach Paris, and so the Champagne wine sales of old were doomed! 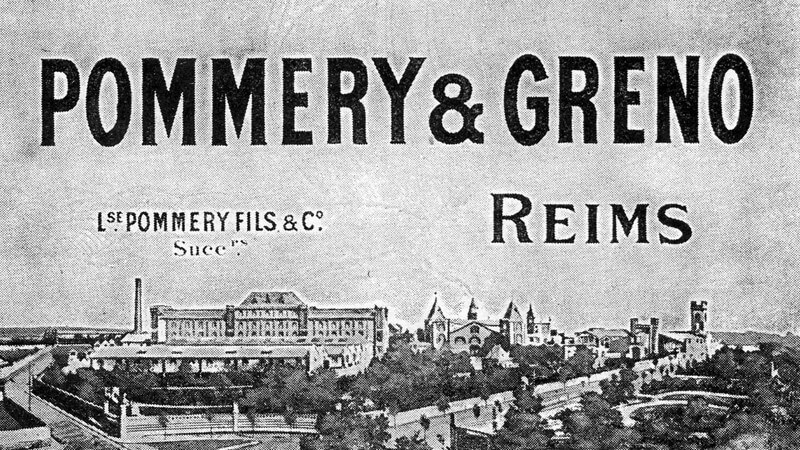 However, all was not lost, the development of secondary fermentation in the bottle, with its added flavour and fizz utterly transformed the wines of Champagne and ignited the potential to save the local industry. And this is where our gals come in; fine-tuning that production to the refined and elegant symbol of luxury we still love now.

It all started when these women were sadly widowed, forced to look after the family business and provide for their children alone. In French the word for a widow is ‘veuve’ aha – I almost hear you breathe, you recognise that word! Indeed it is Madame Veuve Clicquot Ponsardin that I will talk about first.

In 1805 Nicole Barbe Ponsardin’s husband Francois Clicquot died suddenly when she was only 27 years old. She assumed control of the male-led wine company Clicquot Fils, renaming it Veuve Clicquot Ponsardin shortly after. No shrinking violet she demanded “only one quality, the finest.”

In French the word for a widow is ‘veuve’ aha – I almost hear you breathe, you recognise that word!

The widow Clicquot understood the potential of bubbly wine, but there was the unsightly problem that the wine was left murky from the dead yeast sediment left in the bottle from the secondary fermentation. It was Madame Veuve Clicquot that invented the crucial riddling process which gets rid of that dead yeast leaving our Champers with its clear and bright hue we have come to expect. Riddling is where the neck of the bottle is held (at an angle) upside down in wooden racks, slowly the unwanted sediment (as the bottle is gently nudged and turned) falls into the neck where it can be expelled, leaving a star-bright bubbly wine. This exact same process is still used now, when visiting any champagne cellars you will see the riddling racks and very highly skilled riddlers that can turn up to 40,000 bottles a day!

The widow Clicquot was business savvy too, when markets in Europe were unstable she lowered her prices to maintain sales, and she was relentless in her push for a worldwide market. Now Veuve Clicquot sells about 90% of its annual production to around 150 countries. It is no wonder she became known by her peers as “La Grande Dame de la Champagne.” 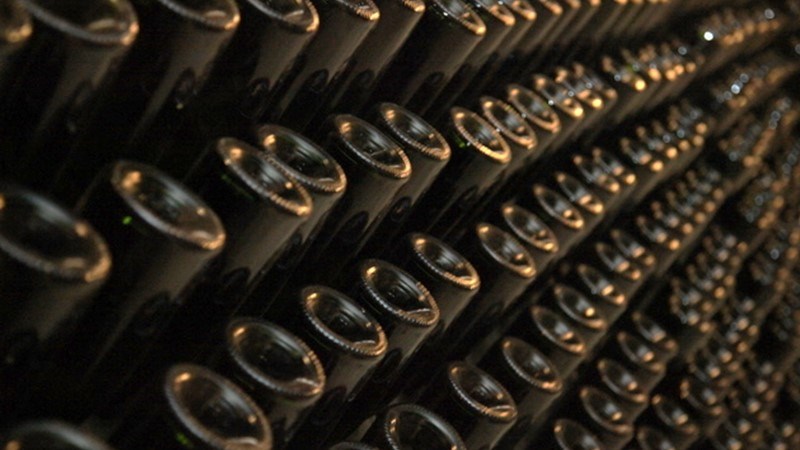 About half a century later Louise Pommery also found herself widowed when her husband died in 1858. Left with a Champagne business to run, she too focused her sights on foreign markets and laid down the base for any luxury product promotion: style, brand, and public relations. Quite revolutionary at the time!

As part of growing her ‘brand’, Louise Pommery built a new winery in the style of an English manor house, on the main tourist route from London to Cote d’Azur. This captured the attention of holidaymakers, drawn in by the familiar architecture, and they would stop, taste and purchase Champagne Pommery. Extremely wisely she also invested in the Chalk Caves that lie beneath Reims – now a protected World Heritage site, and like the (only five) Champagne Houses that still own them today, aged her Champagne down there in the cool darkness and encouraged visitors turning the caves and tunnels into a tourist attraction!

Just as Veuve Clicquot removed the sediment, Veuve Pommery removed the sugar. The high acid, thin wine that was made in Champagne at the time was often fortified with sweeteners such as Brandy, Madeira or even Port. From her travels around the UK Louise Pommery recognised that the English high society tastes were headed for lighter less sweet wines. She stated;

“What we need is not harsh wine that is as dry as possible but is not harsh…it has to be mellow, velvety and well blended… Make sure that it is subtle more than anything else.”

Louise Pommery and her team made the brave decision to harvest grapes later for extra ripeness, and also increased the range of base wines stored in the Pommery cellars/caves to achieve the desired balance of blends, footing the added expense. And so, Pommery Nature, the first Brut in the history of Champagne, founded a new wine dynasty.

Elizabeth ‘Lily’ Bollinger spent twenty years by her husband’s side, tasting and learning about Champagne production and so after his premature death in 1941, already knowledgeable, Lily assumed complete control of the business. Through the tough rationing of war-time and German occupation, Lily oversaw the family vineyards. She tended the entire estate on foot and bicycle for four decades and even slept in the Bollinger cellars during bombardments. If that’s not dedication and protection of what’s yours, I don’t know what is! Like the other widows, Lily never passed on an opportunity to grow her brand. After World War two she bought more land; owning their own vineyards meant Bollinger had control over the quality of grapes going into the blends and could now deal with up to 70% of their production needs. By the time of her death in 1977, Lily saw sales of Bollinger double to one million bottles per year whilst never compromising on quality.

Even in the 21st Century, women continue to run major Champagne houses: Carol Duval-Leroy has been president of the House Duval-Leroy since 1991, she also appointed a female Chef de Cave (winemaker) Sandrine Logette-Jardin in 2007. Their prestige cuvee is even called Femme.

Cécile Bonnefond spent eight years at Veuve Clicquot before becoming CEO at Piper-Heidsieck in 2012. Veuve Clicquot still lay tribute to the strong-willed and visionary Nicole Barbe Ponsardin, since 1972 they founded the annual Veuve Clicquot Business Woman Award, to celebrate the success of women worldwide. It is the first international award created specifically to recognise the contribution that women have made to business life and is now regarded as the “Oscar” for female entrepreneurs and business leaders. It is now awarded in 27 countries.

I think these women deserve a toast, don’t you?… now which Champagne to pick?

My journey into wine started in 2007 when I knew relatively little on the subject, bar that I liked it. Since then I've gained my WSET Diploma, and Educators qualification and joined Matthew Clark in 2012.