By Mary McCarron in Blog 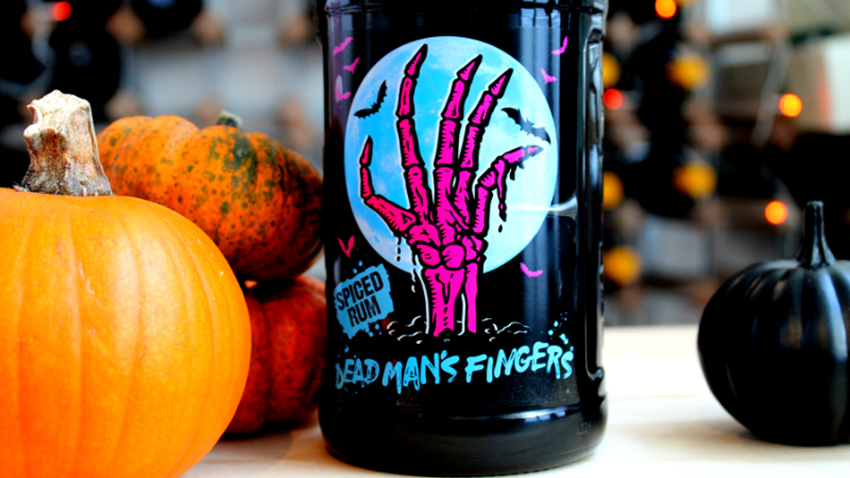 Halloween is the third most popular time of year for cocktails with rum, vodka, and tequila almost doubling in daily serves during this time.

Flavoured rum has grown enormously in popularity over recent months. In the 26 weeks leading up to the on-trade reopening, flavoured rum sales grew an incredible 326%! The category, which is perfectly suited to fruity serves and flamboyant cocktails, saw a huge summer with the return of late-night trading. But flavoured rums are more than just a summer tipple.

Halloween is a prime opportunity to entice customers with fun and irreverent themed drinks, and that’s an area where flavoured rums really shine. Let's take a look at a few that perfectly capture the spirit (pun intended) of the occasion as well as the demand for rum with a twist.

In recent years, Spiced Rum has exploded to make up more than half of the total rum sold in the UK. With vanilla-forward flavours and some additional spice, consumers know what to expect from this category. And there are a range of well-established mixers, with cola and ginger beer often the most popular choices.

The range from Dead Man’s Fingers just scream Halloween, with iconic skull logo and eye-catching colour combinations! Their Spiced Rum bottle adds a touch of class to the spirits shelf, in sophisticated gold and black. Equally, the flavour combination of blended rum with exotic spices makes it well-matched for serving in cocktails, with a mixer, or on its own as a sipping drink.

Bacardi Spiced is a firm favourite, carrying both light and dark notes and a deep smokiness from spending time in charred American oak. They’ve just released a limited-edition glow in the dark version of both their spiced and white rums for Halloween, which will make for some fantastically Instagrammable photos and will be a great eye catcher on any bar.

With holidays abroad limited over the last year, it’s no surprise that coconut flavoured rum has grown in popularity over the summer. Well-paired with a range of mixers, it delivers that tropical taste for customers – even on a rainy day! Its versatility makes it well-suited to be used in a range of cocktails and the subtle sweetness of the coconut means you can really venture into creative serves that customers will be raving about on Halloween.

We’re looking forward to trying the new Mahiki Coconut Rum that has been produced by the world-renowned Tiki bar and nightclub of the same name. Hand-crafted with a blend of Jamaican and Polynesian rums, with an eye-catching bottle designed by Henry Holland, we think this is going to be a big hit with customers!

With the flavour clearly identified on the bottle, the power is with the consumer to decide which one they want to try, so it’s no surprise that flavoured rum is seeing a boom in popularity. Beyond the identifiable spiced and coconut rums, there are a range of alternative flavoured rums that suit any taste and occasion.

Dead Man’s Fingers range of alternative flavoured rums are sure to be a big hit with Halloween consumers! Each flavour offering has a unique bottle design that are also great for brightening up any bar! We’re big fans of their Mango Rum and Pineapple Rum. But their Passionfruit Rum is perfectly suited as a unique alternative to a Passionfruit Martini. There’s just so many to choose from!

Malibu, probably most well-known for their coconut rum, have also experimented with some alternatives flavours. Their Passionfruit Rum makes for some easy and delicious serves with its combination of passionfruit essence and Caribbean rum. But it's their newest addition, a tasty and refreshing Watermelon Rum, that spark our imaginations for some experimental Halloween serves.

With rum being the base alcohol for many classic cocktails, it makes sense to get on board with the flavoured rum trend for easy, creative serves that will excite customers on Halloween and throughout the rest of the year!

Mary works in digital marketing for Matthew Clark. After a couple of years working in tech, she found her way back to the hospitality industry and can now be found talking all things cocktails, spirits, beer, softs and more across our website and social media.