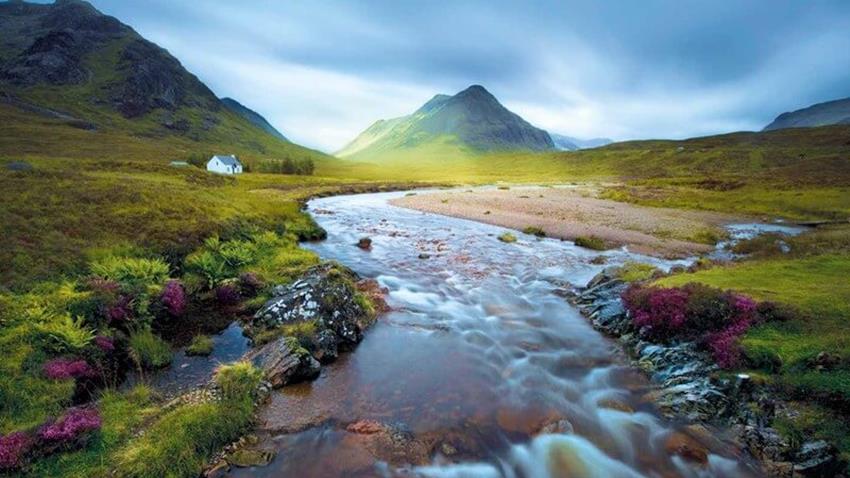 The history of distilling in Scotland dates back to the 12th century when the knowledge was brought to the nation by Christian monks. The first written record of distillation was on the Exchequer Rolls, with an entry in the year 1494 reading "Eight bolls of malt to Friar John Corr wherewith to make aqua vitae". Whisky quickly became popular due to the wealth of grain grown in the nation.

When Henry VIII disassembled the monasteries in 1541 many monks took to spreading their distilling knowledge across Scotland as a way to make a living. In 1707 the Act of Union with England led to heavy taxation on Scotch. This pushed Scotch production underground to homemade stills under cover of night, hence the name "moonshine" for illicit liquor.

So how did Scotch become world-famous?

The tide began to turn when whisky production was authorised in exchange for a £10 licence fee following the Excise Act in 1823. This laid the foundations for the Scotch whisky industry we know today, but the style of whisky being produced had little appeal outside of Scotland. The global status Scotch still enjoys today is the result of three things combined. 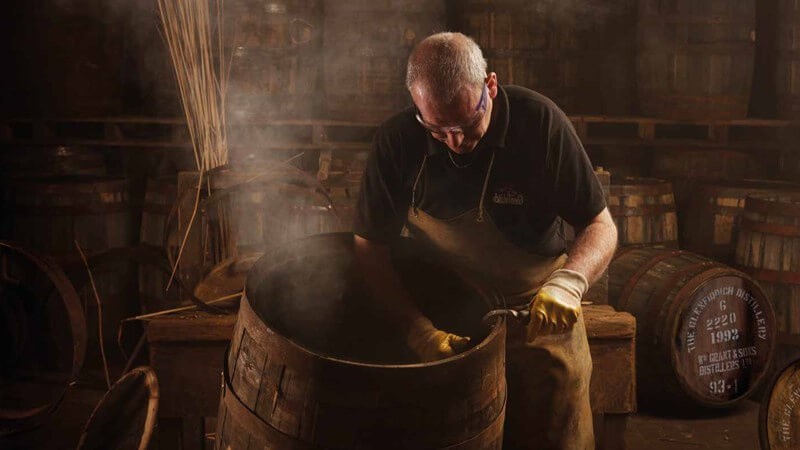 Two rules govern what can be called Scotch. Firstly, the whisky must have been produced and aged entirely within Scotland. Secondly, it has to be aged for a minimum of three years in oak barrels. Due to their abundance, the most commonly used barrels have previously held Bourbon or Sherry. An ex-Sherry cask will give the whisky a rich, dark fruit flavour, while an ex-bourbon barrel will have a toasty vanilla flavour with hints of spice.

What are the Scotch whisky regions?

Whisky producing regions are as diverse as the wine regions of France; their location, climate, and crafts of the region impart certain characteristics on the flavour profiles of malts. There are three main regions, the Lowlands, Highlands, and Islands, with Speyside additionally discussed separately from the Highlands due to its profile. There is a smaller forth region, Campbeltown, which was home to over 30 distilleries at its peak but now has only three operating. 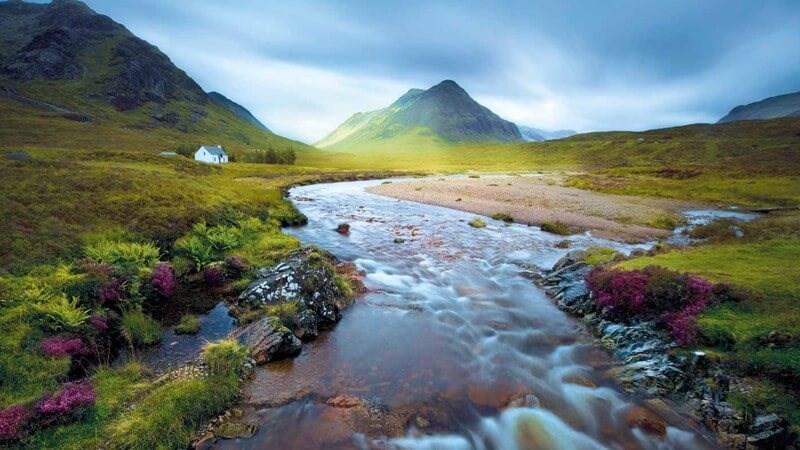 Geographically the Scottish Highlands stretch from Greenock to John o' Groats, and from Portuairk in the west to Peterhead in the East. The largest of all the regions, the Highlands has wide variations in flavours. Over on the western coast, maritime influences play a key role in shaping whisky with a punch. The central areas are driven by heathery, honey flavours. To the east, fresh fruit and vanilla flavours are found. The southern reaches are home to light and fruity whiskies, in contrast to the northern distilleries that offer a rich and full-bodied spirit. Evidently, it’s difficult to describe Highland whiskies in a single statement.

Example Whiskies – From the west, Oban. From the North, Glenmorangie. From the Centre, Dalwhinnie. 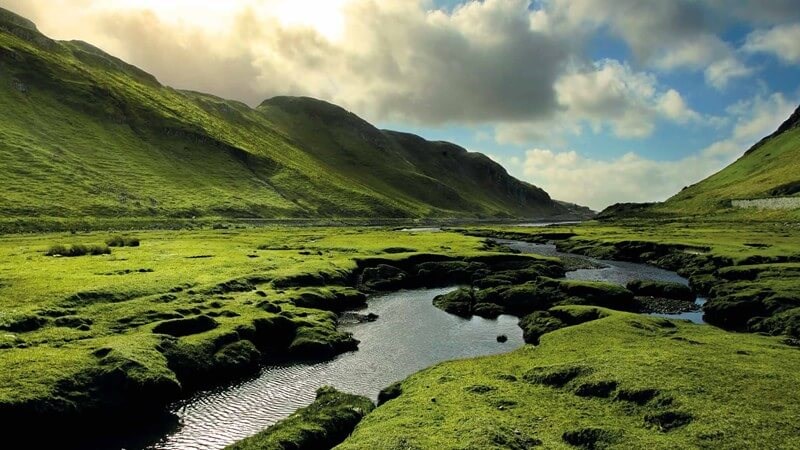 Despite its place within the Highlands, the fact that Speyside is packed with 84 distilleries including many of the world’s best known, makes it worthy of its own distinction. The classic Speyside flavours are honey, vanilla, and fresh fruit, but as you would expect from such a quantity of distilleries operating, there is much variety to be found. Traditionally, Speyside whiskies are not dissimilar to those further east, but the lighter water sees less (to no) peat used. The resulting whiskies are lighter and sweeter than other Highland spirits. Overall there is a certain subtly to Speyside whiskies.

Example Whiskies - Glenfiddich, The Glenlivet, and The Macallan. 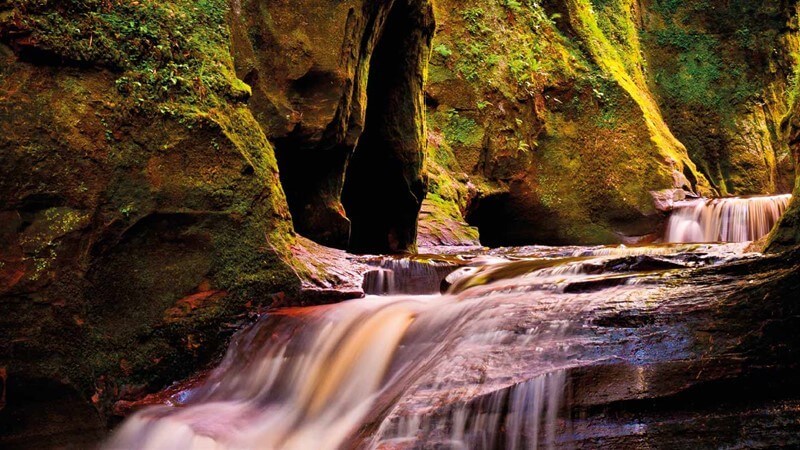 Moving south of the imaginary line running between Dundee and Greenock, the softer landscape of the lowlands is reflected in colour and flavour. Peat is rarely used here, resulting in whiskies with a light, floral character. Lowland whiskies also have a delicate nature as a result of triple distillation. There aren’t many distilleries in the Lowlands, with the ones present affectionately nicknamed 'The Lowland Ladies. Lowland Scotch is comparatively easy-drinking, making it the perfect region for introducing a new whisky drinker to the category with. 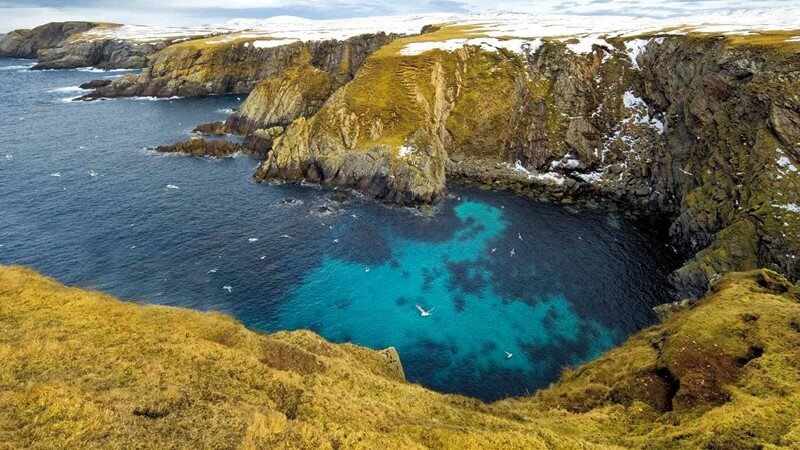 The islands generally produce peaty whiskies with maritime aromas, but once again there is a diversity of styles. This variety is born out of the individuality of each island, from Jura and Arran in the West to Orkney in the North. In Orkney for instance, you can find whiskies with citrus notes, while over on the Isle of Skye you’ll uncover big and bold notes. The most famous island is that of Islay, home to eight distilleries and rugged, windswept and barren landscapes. Whiskies here are dominated by a strong peaty smokiness, reflecting the island itself. There is much to explore in this region.