Celebrating the 100th Anniversary of the Sidecar

By Jack Charlton in Blog

Rémy Martin & Cointreau are celebrating a century of style. It’s been 100 years since the creation of the legendary Sidecar cocktail, the world’s first luxury cocktail.

Its origins remain a source of debate in the mixology community with some saying that the first sidecar recipe was created in a London hotel in 1921, with others arguing it was actually in Paris at the end of the First World War. But there’s no question that by the mid-20s the Sidecar had exploded with popularity. In no time it could be found in the best cocktail clubs around the globe, bringing French excellence and refinement to the world’s most demanding palates and societies. 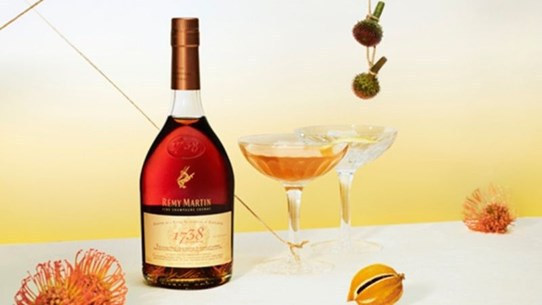 Since April, cocktails have emerged as one of the post-lockdown winners with classic cocktails making up 31% of spirits sales. The Sidecar with its prestigious history and image of luxury fits perfectly into two macro on-trade trends that have been identified in 2021, nostalgic classics and premiumisation

Calling out a premium and well-loved product like Rémy Martin in the cocktails list name has the added advantage of capturing the attention of brand loyal patrons. Why not try your favourite tipple in a quintessential serve like the sidecar?

For this you should select a rich and smooth Cognac Fine Champagne, like Rémy Martin 1738 Accord Royal which is a superior blend of the two crus Petite and Grande Champagne. In other words, a selection of eaux-de-vie aged in seasoned Limousin-type oak barrels for a round and toasty flavour.

A little more on Rémy Martin

Rémy Martin is a Cognac House that was founded in 1724. In 1738, the King of France granted the Accord Royal to Mr Remy Martin to honour the Excellence of his craftmanship. Cognac Fine Champagne uses only the finest grapes from the premier crus of the Cognac region, a house standard since its inception. The House of Rémy Martin creates a Cognac of superior quality, full of intensity and elegance.
The Centaur was chosen as the emblem of the house, which, according to Managing Director Augustin Depardon, has “its feet firmly on the ground and its head in the sky. We’re one of the only major houses to have been founded by a winegrower [and] we’re very proud of our roots.”*

It wouldn’t be a sidecar without the orange liqueur and the quintessential partner to cognac is Cointreau. Crystal-clear, 100% natural, Cointreau is simply unsurpassed for aromatics. A must-have spirit for a range of classic cocktails including the Margarita, Cosmopolitan, Sidecar and White Lady. Distilled and crafted in Angers, France since 1885 to capture the most intense aromas from sweet and bitter orange peels Cointreau is an incomparable balance of zesty, fresh and fruity notes, with a sublime finish.

The Rémy Sidecar speaks to the need for the familiar and classic as well as the desire to trade up after months without much cause for celebration. Bring a bit of vintage luxury to your cocktail list with this unrivalled, and frankly delicious, classic cocktail.

An alumni of London’s hottest venues, Jack now find himself representing one of the most adored cognac houses in the world, Rémy Martin. Drawing on his wealth of experience of running members clubs, Michelin starred restaurants and private events , he has a keen eye for detail and understands the importance of creating memorable moments while sharing the story of this family-owned cognac house as it comes into its tercentenary.