What you should know about Spanish wine

By Zoe Coombs (alumni) in Blog 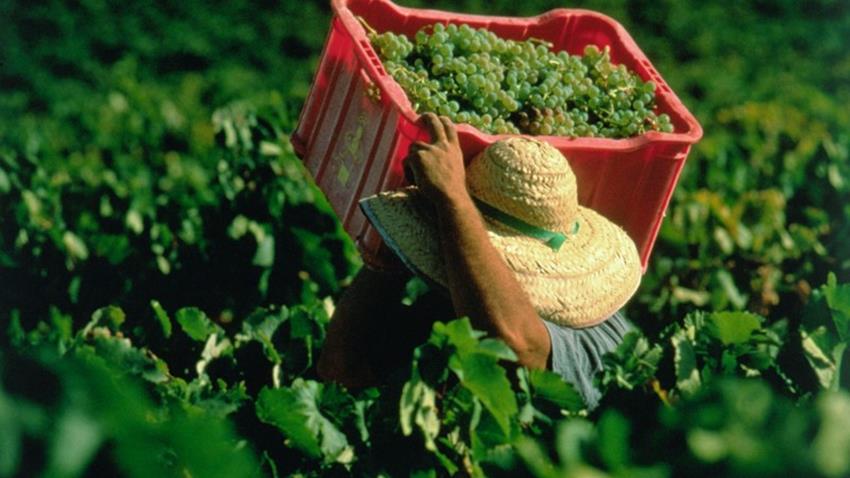 There is so much more to Spanish wine than Rioja! So much that I worry I won’t be able to do it justice in this short blog – but I thought if I break it down into regions and briefly mention the exciting new and more well-known grapes and DO’s it would be my best bet at getting across the depth of quality and exciting discoveries from Spain. I am going to use the bite-size nuggets that Wines from Spain use to talk about regions. Much more detail on these regions can be found here, it's a really good place for more information on Spanish wines.

First things first – a quick explanation of the Spanish wine laws: Created in 1932 (later revised in 1970 ) the Denominación de Origen (DO) system regulates the industry. The system shares many similarities with the hierarchical Appellation d'origine contrôlée (AOC) system of France. As of 2009, there were 79 Quality Wine areas across Spain. In addition, there is Denominación de Origen Calificada (DOCa or DOQ in Catalan) status for DOs that have a consistent track record for quality.

There are currently two DOCa/DOQ regions: Rioja and Priorat. Each DO have a Consejo Regulador, which acts as a governing control body that enforces the DO regulations and standards involving viticultural and winemaking practices. These regulations govern everything from the types of grapes that are permitted to be planted, the maximum yields that can be harvested, the minimum length of time that the wine must be aged and what type of information is required to appear on the wine label.

The northern and north-western portion of Spain, exposed to the northern Atlantic, can be cool to cold, wet, and green—hence the name, España Verde.

It’s cool and misty here and therefore there’s a focus upon earlier-ripening grapes, especially white varieties. Aromatic varieties prosper, with Albariño the most visible success in international markets. Grown along the coast, or along the rivers that give Rias Baixas (“lower fjords”) its name, Albariño is the dominant grape; it can vary from crisp and tangy to round and peachy. While Treixadura and Loureiro grow there too, Rias Baixas’ single-minded focus upon Albariño has put it on the map. 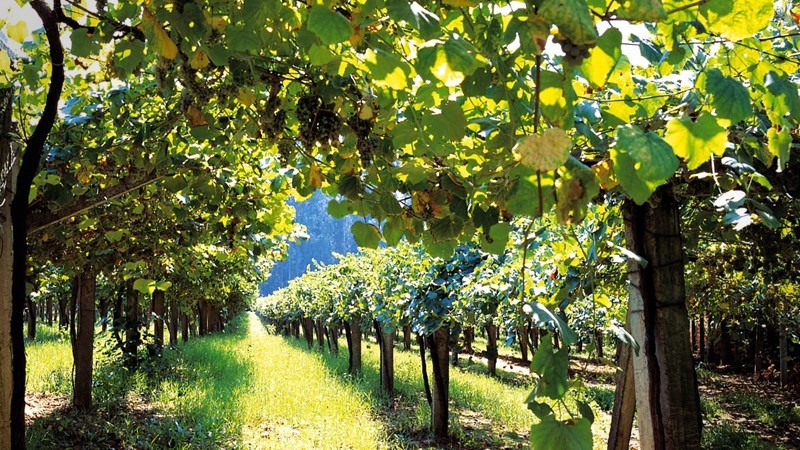 Other white grapes fill the vineyards moving inland; the rich and even complex Godello grape rules in Valdeorras. Godello, Treixadura and others serve the regions of Monterrei and the picturesque DOs of Ribeiro and Ribeira Sacra. But away from the coast temperatures rise, so red grapes do well too; the Mencia grape is arguably northwest Spain’s best red. It's lip-smacking raspberry tones and floral aromas are fun and bracing.

Thus far, the grape’s top iterations are found on the precipitous mountainsides above the town of Bierzo and the steep banks of the Sil River in Ribeira Sacra. The vineyards plummet downward; wine produced from old vines here are as dramatic as the view.

Green Spain’s vineyards extend all the way to Basque Country where climatic challenges are a consistent theme, as is the reliance upon tangy, tart wines ideal with the shellfish and seafood from the well-stocked Atlantic Ocean. Here the Txakoli wines are shockingly tart, lemony, and even spritzy. 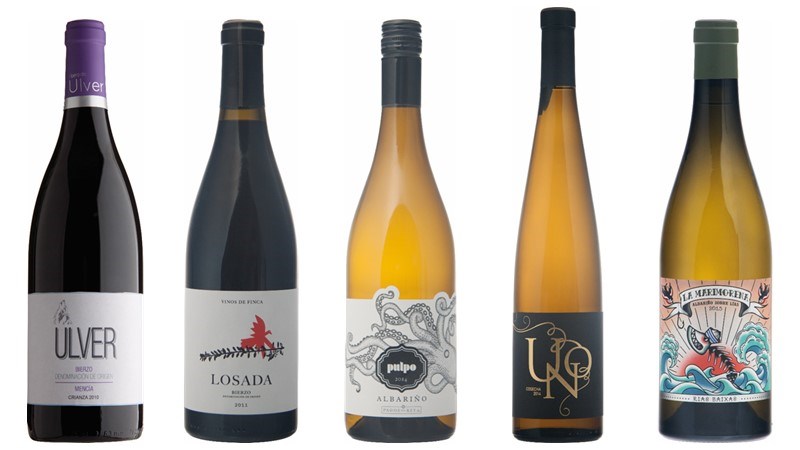 Castilla y León is the political name of this area, but most of the greatest wines are from vineyards around the Duero River, the most well-known being the DO known as Ribera del Duero (meaning, the “banks of the River Duero”), fuelled by the Tempranillo grape, Spain’s most planted red. The Duero River travels 460 miles from high in the Sistema Ibérico, forms part of the border between Spain and Portugal and then empties into the Atlantic at Oporto, a town that gives its name to that British favourite - Port. This area includes;

Though many of the vineyards have only a gentle contours, this is high elevation viticulture: days are warm or even hot; nights are cold. Ripening is slowed; the wines become rich and ripe but hang on to their dusty, astringent structure. The less expensive wines are for immediate, delicious drinking; the top wines can last decades. 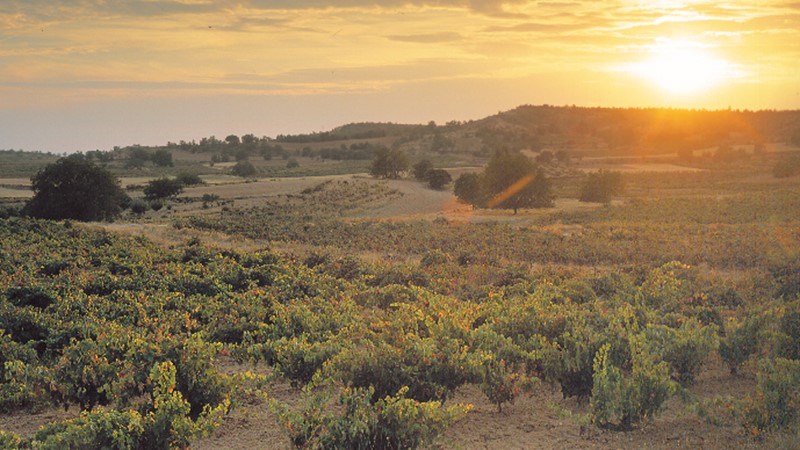 Tempranillo shines even more brightly in Toro; if the name conjures bulls, it’s a region making powerful, even massive wines. Subtlety is not Toro’s strong suit, but lovers of internationally styled wines are embracing the region’s hard-charging reds. On the other side of the Duero River, the Rueda DO has claimed its own international spotlight with the Verdejo grape, offering a white wine likened to (and occasionally blended with) Sauvignon Blanc. But it owns its own unique citrus aromas and pear texture and flavours. 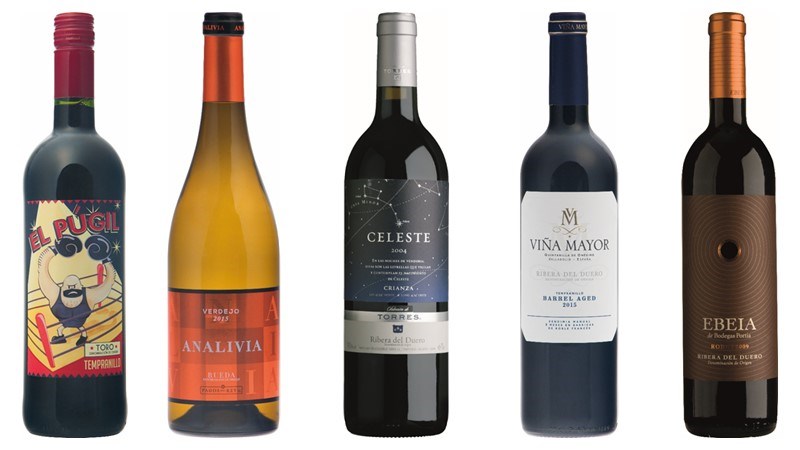 The Ebro and its tributaries have helped carve out vineyards that have been celebrated for at least two centuries. Rioja has traditionally carried Spain’s reputation for high-quality wine, at least until the late twentieth century’s explosion of new regions and grapes.

There are three sub-regions—Rioja Alavesa, Rioja Alta, and Rioja Baja—and while many describe their distinct differences, there is no hierarchy between them. Here Tempranillo is king, certainly, but Garnacha, Mazuelo (Carineña), Graciano and increasing numbers of other indigenous grapes are generating new ideas and styles in the region. This region also includes

There are reds, whites and rosés here, but the reds put this region on the map. Aging classifications have, until recently, been a way of distinguishing one wine from another: Joven (“young”) wines are for early drinking. Crianza wines are aged for two years (one of those in barrel) and are for early or mid-term drinking. Reserva wines (three years ageing, with one of those years in barrel) can be age-worthy or for immediate consumption. 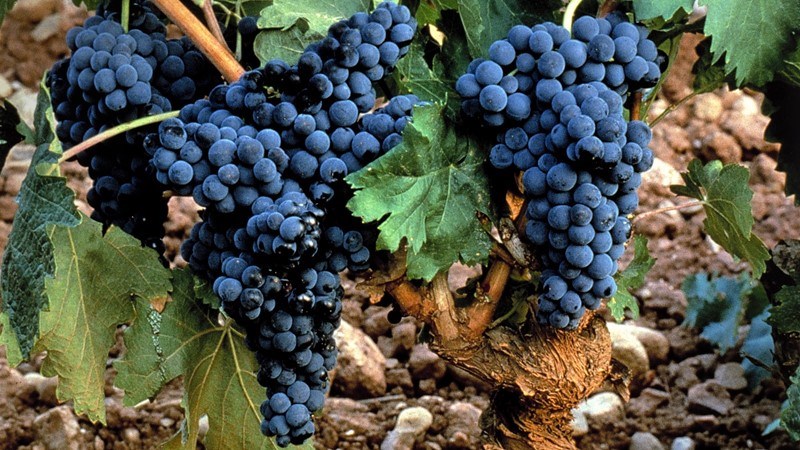 Gran Reserva wines have been regarded as the region’s pinnacle; they are at least five years old and generally ready to drink. But they can age for years too; their long barrel ageing often renders them gentle and complex, rather than big and rich. Today many top names are often eschewing long barrel times, and some of these Tempranillo-based wines could stand in for Napa Cabernet in intensity and weight.

If Rioja has been the traditional area of quality, Navarra has generally been known for quantity. That is changing more slowly than might have been hoped. International grapes such as Cabernet, Syrah and Merlot are being planted, while the DO’s historic Garnacha vineyards are ripped out. Many see that as a pity, but Navarra is still transitioning to excellence. Some other areas are already proven even if lesser known such as the limestone-rich DOs of Campo de Borja, Calatayud, Cariñena and Somontano. Juicy Garnacha is the primary driver, even in Cariñena; its namesake grape (also known as Carignan) is little planted. 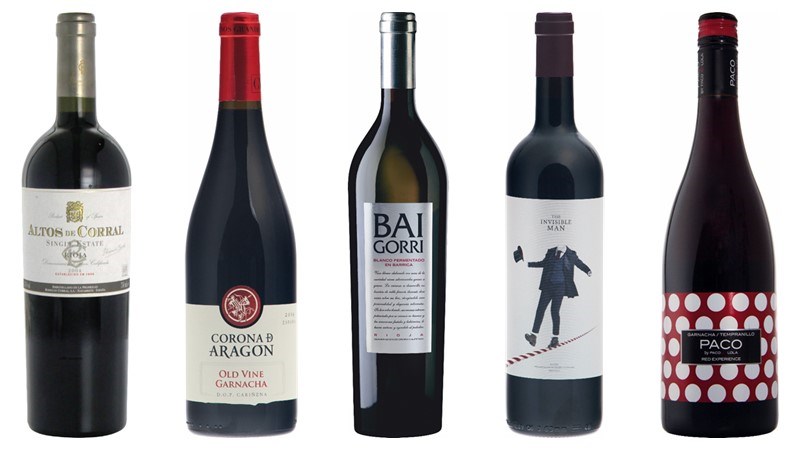 Almost two-thirds of all Spain’s vineyards are on these arid plains. It’s only been the last couple of decades that it has been internationally accepted that there are in fact some quality wines being made in these hot areas. These areas include;

Many of Spain’s top Vinos de Pago (the classification of high quality, single estate wines, all grape growing, vinification, and bottling must take place on the estate, or Pago) are found in this area. The northern portion of the Meseta pitches its dry plateau to the edges of the Sistemas Central and Ibérico; the vineyards might be hot and dry, but they often lie at high altitudes, and nighttime temperatures can be cool as a result. 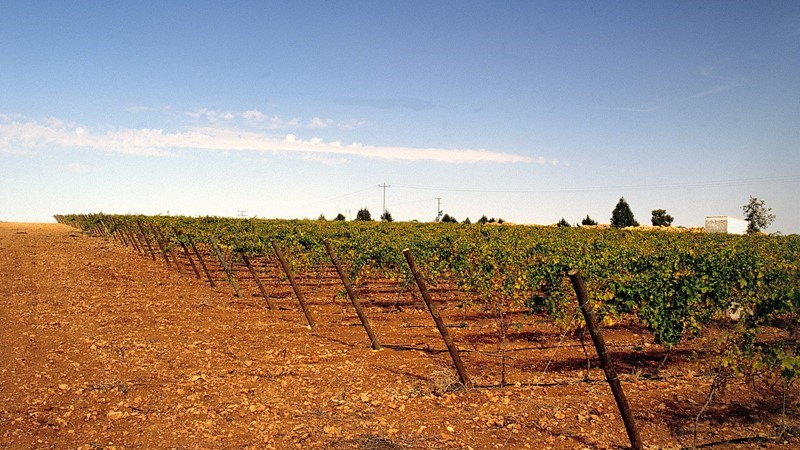 The Castilla–La Mancha region is the Midi of Spain, and as with France’s Midi, a focus upon varietals is fuelling a revolutionary turnabout in which these wines may become some of the most familiar Spanish wines. For the moment, Airén remains the most widely planted grape, at over 70 percent of the vineyards. Within this larger region is the very large DO La Mancha, and nearly half of the vineyards of the DO aren’t allowed to use the DO on their label- the DO rules that merely being from an area doesn’t guarantee a producer its DO status.

The DO’s of Almansa, Manchuela, Méntrida, Mondéjar, Uclés, Valdepeñas, and Vinos de Madrid share little in common except that they are all relatively unknown. But their wines are rapidly improving; their elevated vineyards are often high and can be mighty.

The Extremadura region lies to the west, and just as with Castilla–La Mancha, there are some surprising wines to be found, with one DO, Ribera del Guadiana, showing distinct promise. 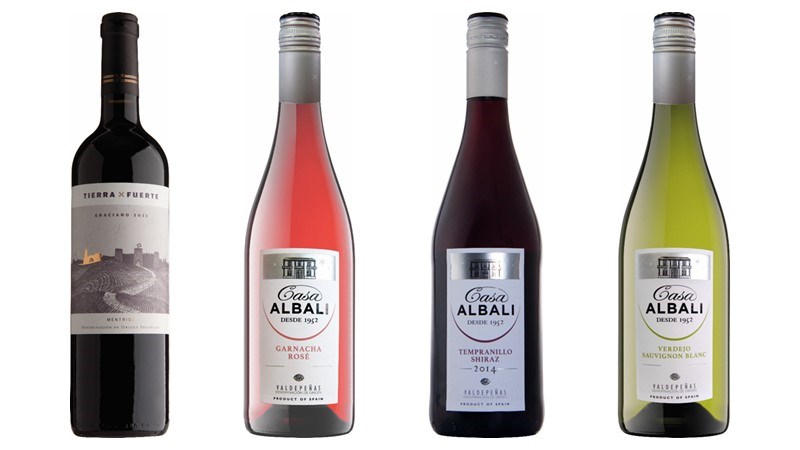 The great success story in recent years is in and around the Tarragona region where some vines end up as Cava and some red grapes. Priorat and its baby brother Montsant have unquestionably changed Spain’s wine landscape; these craggy hills and mountains allow Garnacha, Cariñena, along with small amounts of Cabernet Sauvignon, Merlot and Syrah to bake into powerful, heady wine, especially when coaxed from the old vines found throughout. The Mediterranean cost area is littered with DO areas including;

Closer to the coast, Penedès is home to more than Cava, but sparkling wine is the winner around here. The region is broken into the Alt-Penedés, Mitja-Penedés, and Baix-Penedés, reflecting the disparities in elevation within Penedés, with some vineyards planted in sites higher than 2,500 feet. All the grapes (especially the dominant three—Macabeo, Xarel-lo, and Parellada) at those altitudes can be intensely tart, not dissimilar to those found in Champagne. 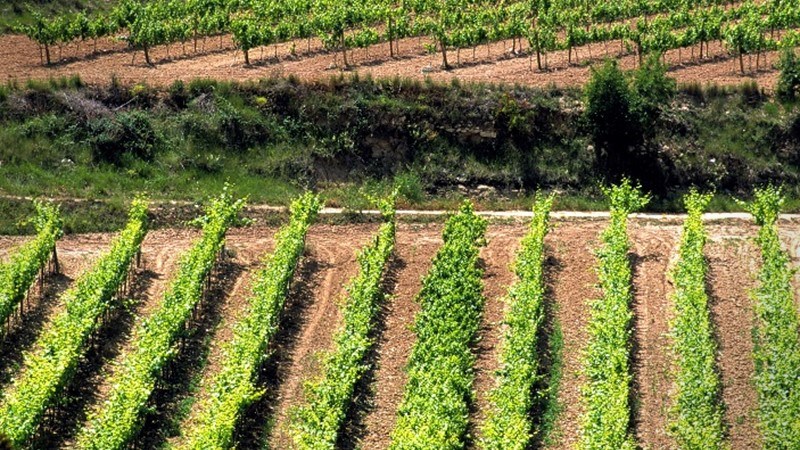 Farther southwest down the coast, the average temperatures go higher, and the opportunity to make light wines is baked away. Instead, the Levante, an area around Valencia and Murcia, is wholly dependent upon water, and the grapevines suffer without it. Areas such as Alicante, Bullas, Utiel-Requena, Valencia and Yecla do good work where the producers are dedicated to quality, and where the vineyards are elevated enough to provide cooling nighttime temperatures.

One of the stars here is Jumilla, which is not so different from its neighbours except in its track record. The last two decades Jumilla has crafted delightful wines, whether from Monastrell (or Mourvèdre, as the French call it), Garnacha or blends with other grapes. But most wines are very reasonably priced and are often rich and delicious. The Bobal grape is exciting too but prospers more often in Utiel-Requena. 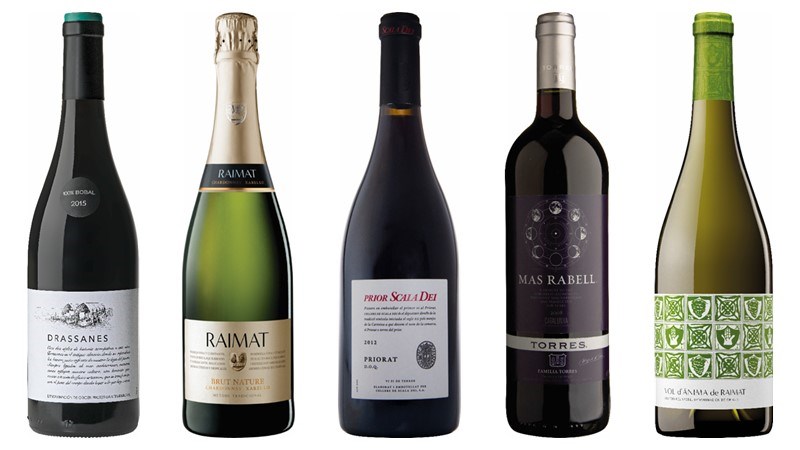 Andalucía’s most famous wine area, Jerez (Sherry), receives more rainfall than most other parts of southern Spain. That rain is captured by the special limestone-rich soils of the area, called albariza, that bake in the summer sun into a hard crust, trapping cool moisture for the vines’ needs.

Sherry’s complexity can be too much for some people. It’s actually quite simple: Sherry is fortified wine. It’s fortified after the fermentation, so unlike Port, all Sherry begins its life as a dry wine. It is such an interesting topic though it deserves its own piece – watch this space! 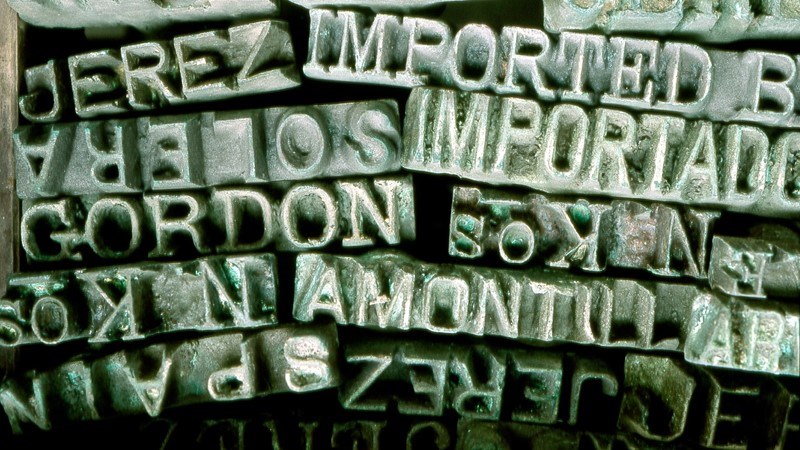 After many years of working front of house in the On-Trade, Zoe realised that finding a customer the perfect wine for their meal or just their taste gave her an immense amount of pleasure. Zoe is now our Head of Wine Development.