Wine Importer of the Year 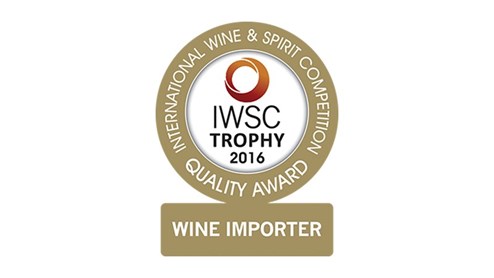 To be recognised for being the best Wine Importer in the country right now is about as good as it gets for us. The IWSC commented that, "Matthew Clark has long been a key influencer of the UK On-Trade, supplying over 16,000 venues throughout the UK.

"Its wine range numbers 1,400 from entry level to premium from 17 countries including cuvées from a number of Grades Marques and grower Champagne houses. Recent additions to it's portfolio from the new world include Freemark Abbet in Napa, and the premium Chilean wine producer VIK. It's Spanish portfolio, meanwhile, is renowned for including some of the country's top producers, including Cune, Contine, Baigorri and Torres."

Now in its 47th year, the International Wine & Spirit Competition remains as relevant today as it did when wine chemist Anton Massel founded ‘Club Oenologique’ in 1969. Massel had the idea of creating a wine and spirit competition which was based not just on organoleptic judgement but where all entries also had to undergo chemical analysis.